A SIT has been formed to look into the entire sequence of events that took place at Delhi Tis Hazari court and based on its findings. 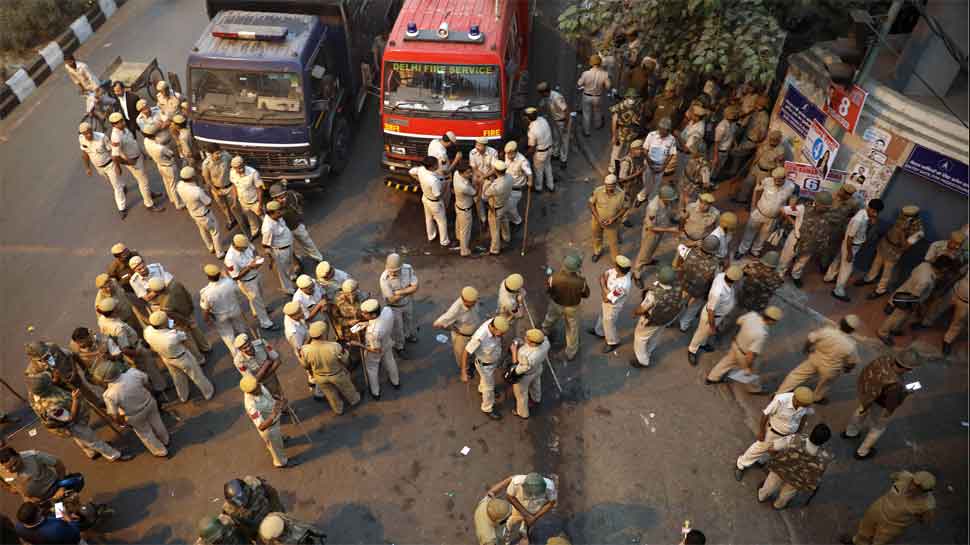 A meeting is also scheduled between Justice Patel and Commissioner of Police on Sunday, sources said. Meanwhile, Supreme Court Bar Association has also met Justice Patel over the issue.

As per sources, three senior judges of Delhi High Court have visited St. Stephens Hospital to check on advocate Vijay Varma, who has received bullet injury in the right side of the chest.

A Special Investigation Team (SIT) comprising officials of the Crime Branch and headed by Joint Commissioner of Police (Jt. CP) has been formed to look into the entire sequence of events and based on its findings.

In the wake of the clash, the BCI has called for the lawyers' strike across district courts in the national capital on November 4.

Congress on Saturday accused the Delhi Police of using force against lawyers in the clash at Tis Hazari Court complex here and demanded strong action in the matter. Party Communications in-charge Randeep Singh Surjewala said the party stands by the lawyers. He said a lawyer had been injured "due to police bullet" and nearly six others have also been injured in the police action."We strongly condemn the barbaric lathi-charge on lawyers. This shows the arrogance of the BJP-led government. Lawyers, who are the most important part of the judicial system, are being hit, their vehicles damaged and bullets fired on them," said Surjewala.

Another senior Congress leader and senior advocate Salman Khurshid said that the attack on the layers is a matter of concern. "I believe the attack on the lawyers holds is a problem for democracy. A proper inquiry should be done. Facts and truth should come out but it`s a sad incident," he said.

The clash erupted after a minor argument took place between a lawyer and some policemen over parking.

"Twenty police officials including one Additional DCP and 2 SHOs have sustained injuries. Eight advocates have also sustained injuries. In the fire 12 private motorcycles, 1 QRT gypsy of police and 8 jail vans outside the lock-up were damaged," the police said.