UP CM Yogi Adityanath said, "Complete adherence to the Covid protocol should be ensured. There should not be any hesitation regarding the safe and successful operation of Kanwar Yatras." 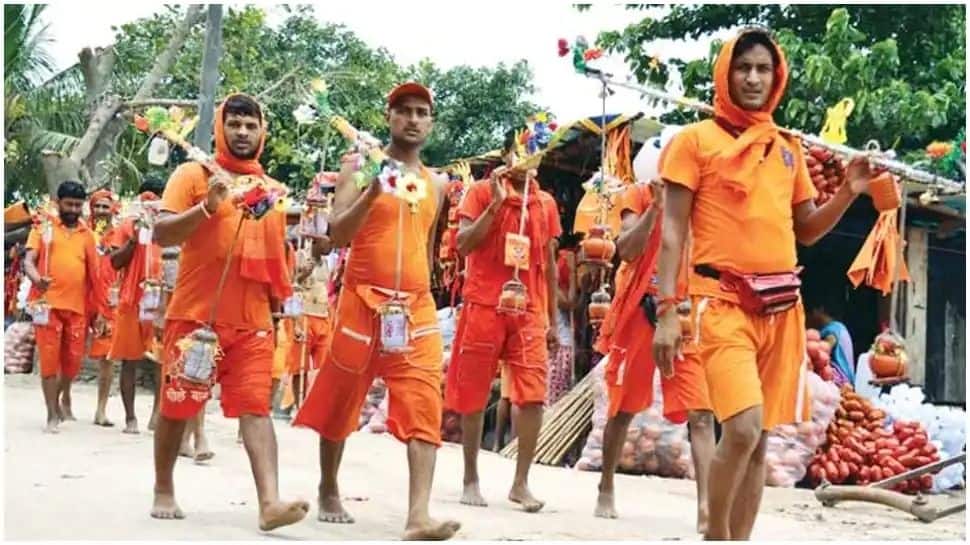 In a meeting with all the divisional commissioners of the state and senior officers of police zones, Adityanath reviewed the preparations and security arrangements for the holy Kanwar Yatra-2021, the release said. He directed the officials to establish a communication with the Kanwar sanghs and make certain that there is no unnecessary crowding and proper caution is taken.

"Complete adherence to the Covid protocol should be ensured. There should not be any hesitation regarding the safe and successful operation of Kanwar Yatras," the UP CM said. Further, he stated that preparations should be completed well in time regarding the Kanwar Yatras.

The BJP leader also asserted that alertness and caution was necessary as the festival of Bakrid is also scheduled before the beginning of the month of Shravan.

He said special attention needs to be paid regarding cleanliness of rural and urban areas as well as in all Shiv temples, shivalayas, travel routes and also its proper lighting. He also asked officials to ensure no electric wires should be found dangling on these routes and traffic arrangements should be made in a better way, the release quoted him as saying.

The UP CM instructed the officials to have “complete preparations regarding sensitive places and asked them to take action by establishing coordination and dialogue with religious and voluntary organizations,” the release added.

During Hindu calendar month of 'Saavan' every year, the Shiva devotees, also known as Kanwariyas, fetch the holy waters of Ganga to offer at the Shiva temples.

These pilgrims visit Haridwar, Gaumukh, and Gangotri in Uttarakhand and Sultanganj in Bihar to fetch the waters of Ganga. This water is then offered to Lord Shiva in temples.