Fine of Rs 1,000 will be levied if three commuters are found on a two-wheeler. 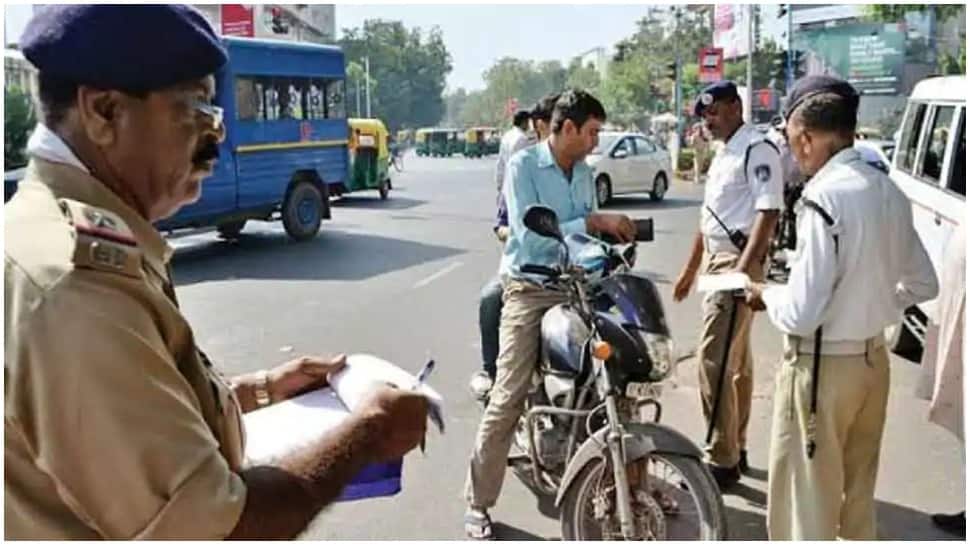 Lucknow: Motorists in Uttar Pradesh riding two-wheelers without helmet and four-wheelers without seat belts will have to pay twice the amount of fine compared to earlier as the state government issued a notification increasing penalties for traffic violations, a senior official said on Friday.

"The fine for not wearing helmet and seat belts has been doubled from Rs 500 to Rs 1,000. Similarly, for creating hindrance in government officer's job, the fine has been increased to Rs 2,000 from Rs 1,000 earlier," the notification issued here by Principal Secretary, Transport, Rajesh Kumar Singh said.

The fine for using the horn in prohibited areas will be Rs 1,000 for the first time and Rs 2,000 for the second time.

Fine for using a vehicle without insurance will now be Rs 2,000 for the first time and Rs 4,000 for the second time, it said.

People driving without a valid driving license and those less than 14 years will have to pay fine worth Rs 5,000 and for over-speeding, the fine will be Rs 2,000.

The fine for giving wrong information in the driving license has been increased from Rs 2,500 to Rs 10,000 and a fine of Rs 1,000 will be levied if three commuters are found on a two-wheeler, it said.

If one is found obstructing the passage of a fire brigade or ambulance, they will be fined Rs 10,000 and for parking in no-parking areas, the fine will be Rs 1,500 while Rs 1 lakh will be levied against a violator for selling a vehicle using fake documents.

After the implementation of the notification on Thursday, the orders have been implemented in the state, transport officials said.