Over 65 tourists have been trapped in the higher reaches of Bageshwar, including 20 at Kafni, 34 at Dwali glacier and 10 people at Sundardhunga, District Disaster Management Officer Shikha Suyal said. 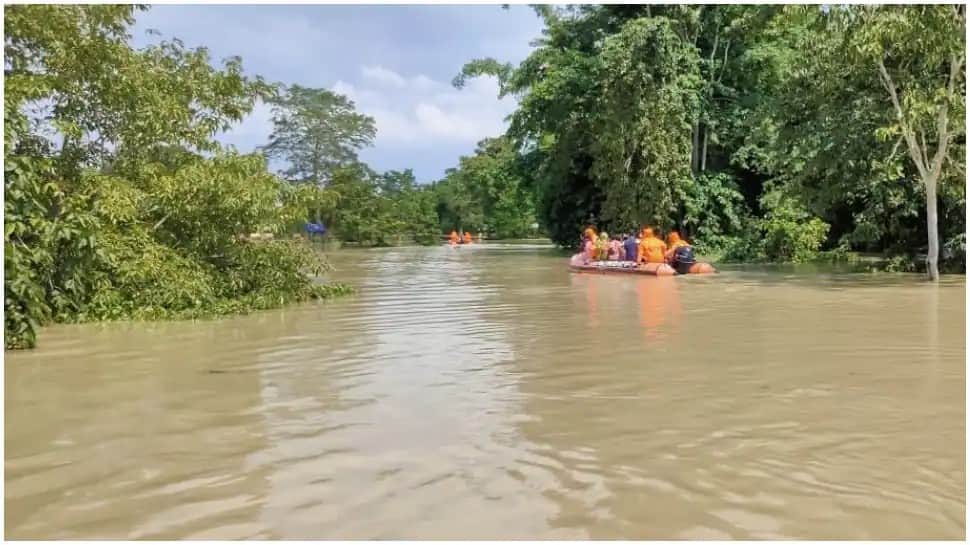 Pithoragarh: Five tourists have died and one is missing at Sunderdhunga glacier of Bageshwar district in Kumaon region which has been the worst-hit by the recent spell of heavy rains in Uttarakhand, officials said on Thursday.

Four people have been also rescued from this spot which is some 80 km from Bageshwar, District Disaster Management Officer Shikha Suyal said.

Over 65 tourists have been trapped in the higher reaches of Bageshwar, including 20 at Kafni, 34 at Dwali glacier and 10 people at Sundardhunga, she said.

"We have sent three rescue teams from the district. One helicopter and one NDRF team from Dehradun have also been deputed to rescue the tourists who are mostly from Kolkata," Suyal said.

She said that one of the rescue teams sent on Wednesday had reached Dwali glacier and rescued 22 tourists trapped there. Those rescued have been taken to the eastern side of Pindar river and efforts are underway to rescue other trapped tourists at the glacier, the official said.

According to Suyal, the tourists have been trapped for the last four days.

"The teams sent today would likely reach the spot tonight and only after that the actual situation and number of trapped tourists would be known," she said.

Meanwhile, over 60 tourists trapped in Darma and Vyas valleys of Pithoragarh district have been rescued by Chinook and ALH helicopters of the Indian Army on Thursday, district administration sources said.

The tourists were moved in three sorties to the Naini Saini airport, they said.

"Over 30 tourists from Jhansi and Babina areas of Uttar Pradesh, who were visiting Chota Kailash, had been stranded for the last five days. The administration took help of the Army to rescue them as the road got blocked following heavy rains. The tourists were taken to Pithoragarh airport safely today," District Magistrate Ashish Chauhan said.

According to Chauhan, another group of tourists from Kolkata that had gone to Darma valley to view the Panchchuli peaks some five days ago also got stranded due to closure of the road to Darma.

"This group was also rescued by Chinook helicopters of Army today," he said.

According to the district disaster management officer, the ALH helicopters also airlifted an ill person from Darma valley to Haldwani hospital.

A medical team has also been sent to Chal village of Darma valley to take the bodies of two shepherds for post-mortem to Pithoragarh. They had died after being trapped in a snow-filled rivulet in Chal village on Wednesday, Pithoragarh Disaster Management Officer Bhupendra Mahar said.