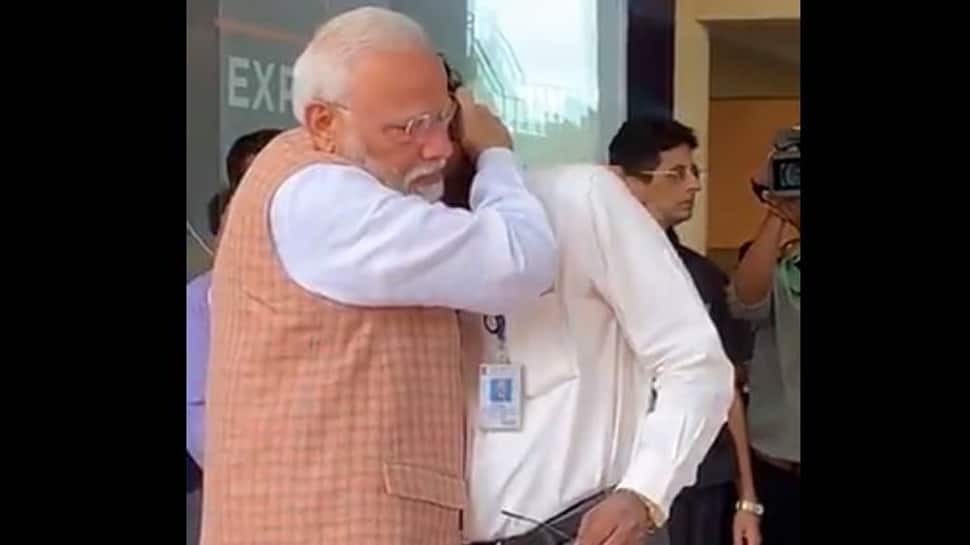 It was an emotional moment for every Indian when Indian Space Research Organisation (ISRO) chairman K Sivan broke down after Prime Minister Narendra Modi’s address to scientists over Chandrayaan-2. As the Prime Minister was leaving the ISRO centre in Bengaluru after his address, Sivan had an emotional outburst while greeting him.

Prior to this, Prime Minister Modi addressed the scientists at the ISRO centre in Bengaluru, encouraging them for the road ahead and asserting that all was not lost yet.

Referring to the loss of contact with Chandrayaan-2’s Vikram Lander, the Prime Minister said that “there will be a new dawn and a brighter tomorrow very soon”. He said, “We don’t have to look back, we need to take lessons and move ahead till the objective of the mission is fulfilled.”

Asserting that “science is never satisfied with results”, Modi further said, “Today I can proudly say that the effort was worth it and so was the journey. Our team worked hard, travelled far and these very teachings will remain with us. The learning from today will make us stronger and better.”

“If someone is the greatest teacher of knowledge, then it is science. There is no failure in science, only experiments and efforts. Every experiment, every effort is made to sow new seeds of knowledge. The foundation of new possibilities is laid and makes us realize our immense power,” he said.

President Kovind to visit Iceland, Switzerland and Slovenia with focus on climate change