Jagannath Mishra was cremated with full state honours but during the gun salute to the three-time CM, the rifles of Bihar Police personnel failed to fire. 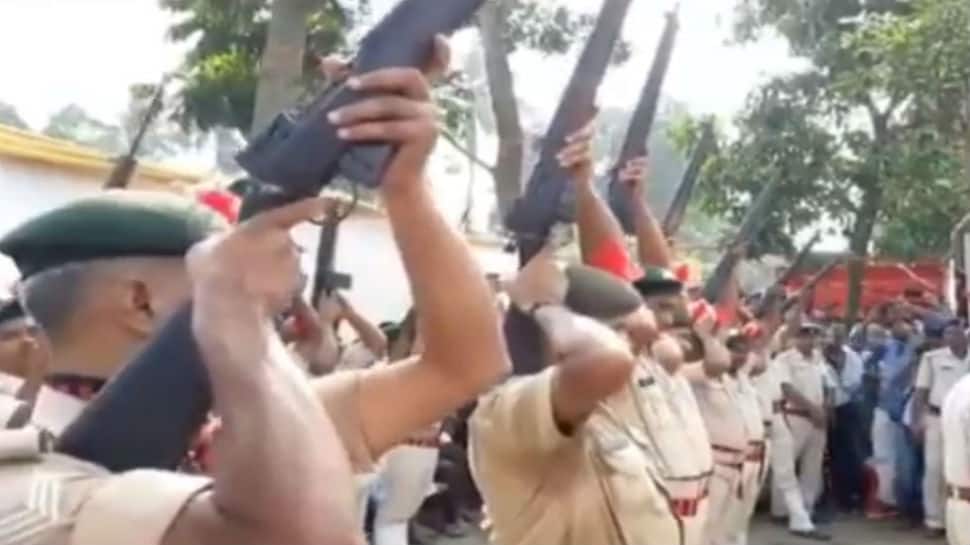 In yet another embarrassment for Bihar Police, as many as 22 rifles failed to fire during a gun salute for former state CM Jagannath Mishra who died earlier this week.

Mishra was cremated with full state honours but during the gun salute to the three-time CM, the rifles of Bihar Police personnel failed to fire. The final rites took place in Supaul and was attended by CM Nitish Kumar and deputy CM Sushil Kumar Modi. There were several other state politicians, top state cops as well as many locals who were present.

What was even more embarrassing was that the cops kept pressing the trigger in a bid to make the rifles fire but to no avail. Sergeant Major Rajesh Kumar Mandal rushed to inquire about why the rifles did not fire and even checked the bullets but no effort could ensure that the gun salute does take place as it should have. Eventually, the final rites ceremony proceeded without the gun salute.

While top officials of Bihar Police have refused to comment in the matter, RJD MLA Yadhuvansh Prasad Yadav said that it was a massive disrespect to Mishra and showed the state of Bihar Police under CM Nitish Kumar. Questions are also being raised if Bihar Police actually does fight crimes using defunct weapons such as these.

Despite many claims, Bihar Police has been under constant scrutiny with allegations of rising crime in the state being aplenty. And while Nitish has said that law and order situation in the state has vastly improved, there are many who remain massively doubtful and are now likely to point at the condition of weapons with Bihar Police.