We are moving towards faceless tax administration, say PM Modi

Attending the inaugural session of '100 years of ASSOCHAM, PM Modi said, "We have tried to formalise most of the sectors of the economy. We are also moving forward by using technology to modernize and speed-up the economy." 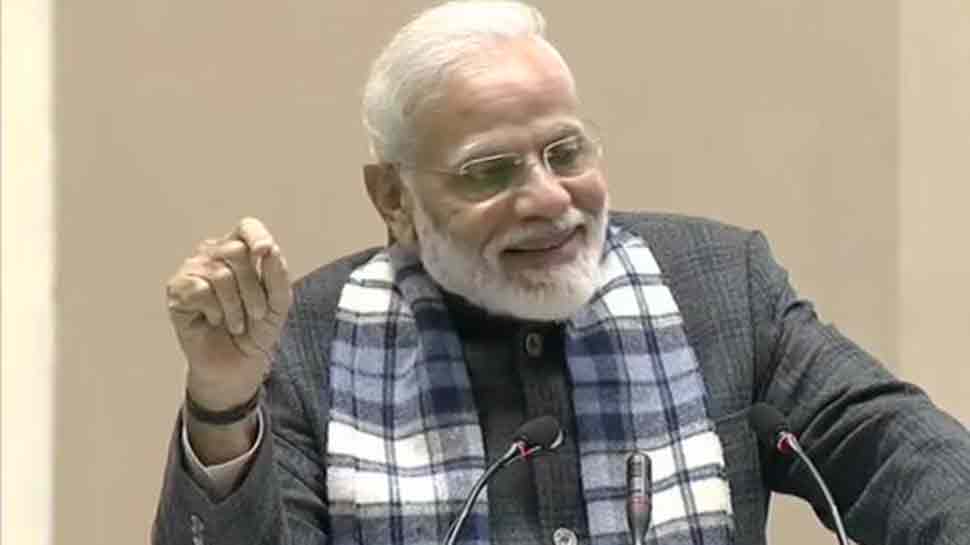 "5-6 years back our economy was heading towards disaster, the government has not only stabilized it but has also made efforts to bring discipline to it," PM Modi said, adding "We have paid attention to fulfilling the decade-old demands of the industry."

He also said that FDI inflow has increased in India in last few years, adding "I have two meanings of FDI-one popularly known as Foreign Direct Investment and the other I call is 'First Develop India.'"

"You climb up the 'Ease of Doing Business' rankings when you work hard day and night. When you bring about a change in the policies, starting from the ground," the Prime Minister said, adding "For bringing transparency, efficiency, and accountability, we are moving towards faceless tax administration."

He said, "Today, I want to assure those associated with the banking sector and the corporate sector that we have been to an extent successful in controlling the earlier weaknesses. So take decisions, invest and spend without any hesitation."

The Prime Minister said that discussions on achieving the vision of making India a USD 5 trillion economy did not come all of a sudden and asserted that the country has strengthened itself in the last five years to achieve such goals.

"Talks on 5 trillion dollar economy have not come all of a sudden. Our country has strengthened itself so much in the last five years that we can aim to achieve such goals," Modi said, adding "Every group that can enable the economy is keeping the target of USD 5 trillion economy at the centre of its plans and talks are happening in several sectors. These discussions are positive. Credit for every achieved target goes to the people and not to the government."

He asserted that the business sector wanted procedures to be simplified and made more transparent, saying "habits of 70 years take time to change".

"A company gets registered in just a few hours nowadays and not weeks. Time-saving has been done in Trading Across Borders by automation. Turn-around time has been decreased at ports and airports by better linking of infrastructure," the Prime Minister said.

He said that his government has heard grievances of farmers, labourers, and industrialists in order to improve the business climate of the country." From providing measures to increase digital transactions to GST, and from Aadhaar linked payments to DBT, we have tried to include such positive moves in our economy," the Prime Minister added.