It is feared that Cyclone Foni would also damage roads, train lines and crop fields in the state. 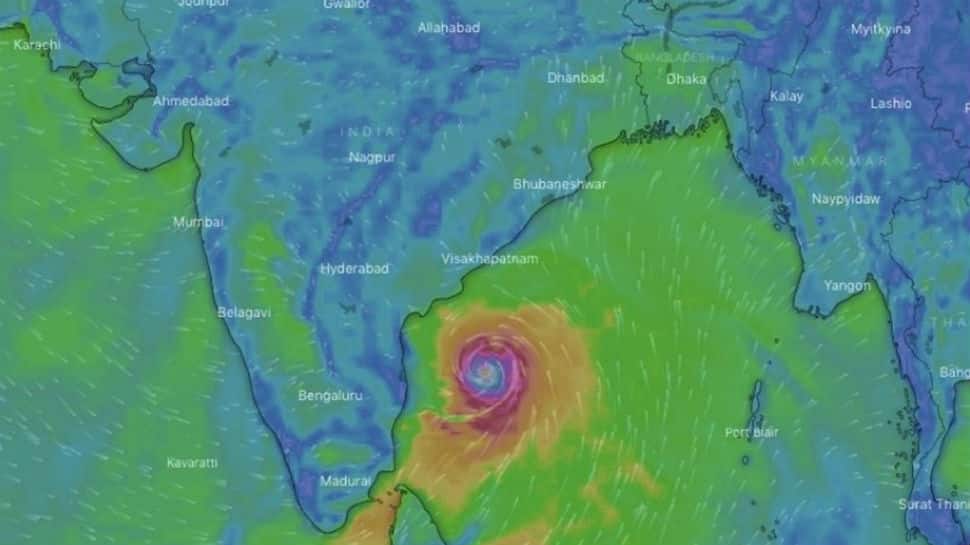 IMD Kolkata on Wednesday said that West Bengal would face significant damage due to Cyclone Fani.

It is feared that Cyclone Foni would also damage roads, train lines and crop fields in the state. It may be recalled that West Bengal had suffered serious damages during Cyclone Aila in 2009 when the windspeed reached the high speed of 110-112 kmph. But Cyclone Fani’s windspeed is expected to reach 120kmph and it may cause widespread damage. IMD Kolkata has called for complete suspension of tourist activities along the coast and full suspension of ferry services between May 2-4, 2019.

Kolkata Municipal Corporation has directed all engineers to remain on high alert. They have been asked to remain available on the phone at all times in case of any eventuality.  18 NDRF teams besides state DMG teams have been deployed to combat the impact of Cyclone Fani.

The Extremely Severe Cyclone Fani over Westcentral and adjoining Southwest Bay of Bengal, has moved northwestwards with a speed of about 10 kmph in last six hours about 680 km south-southwest of Puri (Odisha) and 430 km south-southeast of Vishakhapatnam (Andhra Pradesh). It is very likely to move northwestwards during by the evening and thereafter recurve north-northeastwards and cross Odisha Coast between Gopalpur and Chandbali, to the south of Puri around May 3 afternoon.

Tourists in Odisha have been advised to leave Puri by the evening of May 2 and have been asked to refrain from non-essential travel on May 3-4 in the districts that are likely to be affected by Cyclone Fani.