Why despite living for centuries in Afghanistan, Sikhs and Hindus are still insecure?

The Sikh and Hindu communities in Afghanistan are living under the constant threat of Taliban, who have taken reins of the country in their hands spreading a wave of panic. 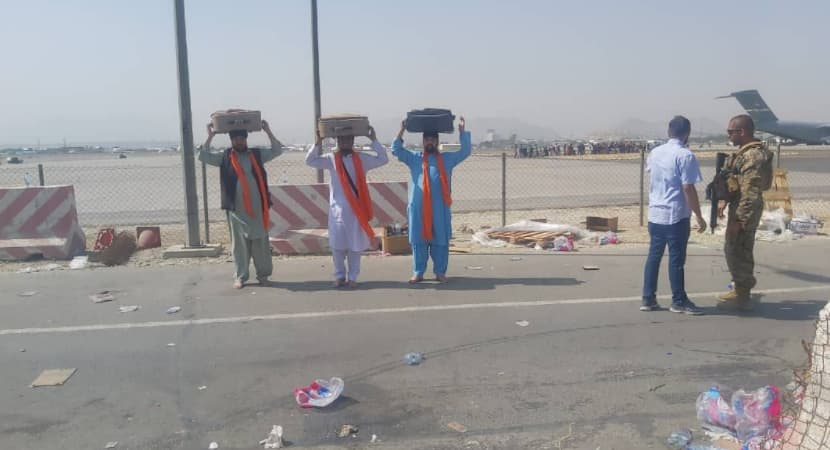 New Delhi: The minuscule Sikh and Hindu community of war torn Afghanistan is living under the constant threat of Taliban who have taken reins of Afghanistan in their hands spreading a wave of panic not only among all the minorities but among the peace loving Afghan nationals also. For all these years, the local Muslim of Afghanistan have not been able to accept them as Afghanistanis owing to religious fundamentalism and both the Sikh and Hindus are dubbed as ‘kafir’.

Sikh’s first master Guru Nanak Dev had visited Afghanistan during his fourth ‘udasi’ (travel) beloved to be between 1519 -1521 along with his Muslim companion Bhai Mardana. Baba Nanak had visited Kandahar, Kabul, Sultanpur, Jalalabad where historical Gurdwaras are situated.

“Sikh and Hindu of Afghanistan had over five decades old relation with India especially the trading relation. After the Soviet invasion of Afghanistan and the resurgence of Taliban most of the Hindus and Sikhs of Afghanistan migrated to India”, explained Dr Harish Sharma, a former head of department of history at Guru Nanak Dev University, was quoted as saying by BBC.

Similarly, there are historical Hindu temples in Afghanistan including Asa Mai temple, Kabul, Devi Dwara, Kandhar, Dargah Hindu Temple, Jalalabad and Ghazni, Gardesh Hindu Temple, Gardesh etc. According to some Sikh NGOs, there was over 2.25 lakh population of Sikhs and Hindus in 1970s, but gradually their number started declining and now there are not more than 300 Sikhs and Hindus in Afghanistan with 285 alone in Kabul.

Recent victimization of Sikhs and Hindus

Sikhs and  Hindus had made their place in Afghan society and had set up different businesses like micro financing, medicine, ‘hakimi’(medical practitioner), cloth etc. Till 1970, they were in considerable number but gradually they began migrating from Afghanistan to other countries mainly India since Muslim fundamentalists started their exploitation and the things worsen when Taliban established their government by force in Afghanistan in 1996. From time to time, the minority Hindu and Sikh had come under attack by the Taliban forces, Dr Sharma explained.

On July 1, 2018, nineteen Sikhs and Hindus were killed in an ISIS’s suicide bomb attack while they were going to meet Afghan President Ashraf Ghani. Prominently among others who were killed in the attack included  Afghanistan’s lone Sikh candidate Avtar Singh who was running for parliamentary elections.

The incident evoked a sharp criticism from across the world and focused attention of global Sikh bodies on the plights of Sikhs living in Afghanistan and help started pouring in from countries including india, Canada, America, Australia etc.

Following the incident, a few rich Sikhs from Afghanistan migrated to European countries and India. Another major attack on Sikhs was on March 25, 2020, when terrorists struck at Gurdwara Har Rai Sahib killing 26 worshipers. In one of the most recent incidents, the Taliban had forcibly removed the ‘Nishan Sahib’ (Sikh religious flag) from Gurdwara Thala Sahib situated in Babu Khel in Chamkani district of Patkya province of Afghanistan.

Why India is a favoured destination?

Puneet Singh Chandok is the President, Indian World Forum, very well versed in Persian and Pashtou languages, who is one of the key persons facilitating Afghan Sikhs and Hindus to reach India. He told BBC, “Despite being Afghan nationals, majority of Sikhs have their relatives in India and often visit to meet them and attend family functions. They also also have business relations with India with many of them involved in medicine trade and import medicines and other commodities from India.”

They also visited India to pay obeisance at Golden Temple and other historical Gurdwara. For the last quarter century, they have been performing this gesture at Zero line on mid night of August 14/15 in the memories of those who have lost their dear ones during the partition of Greater India.

Two Afghan Sikh MPs said this about their evacuation?

The situation was such that I was forced to leave my country said Anarkali Kaur Honaryar, a Punjabi Sikh Afghan politician, upon landing at Hindon Airbase, India. Anarkali is one of the Afghan Sikh nationals who on Saturday arrived India at Hindon Airbase with other Indian and Afghan nationals. She said she had a lot to tell to the Indian media but presently the time was not right.

She told Zee Media that she was a Senator in Afghanistan and was given the security personals but after Talibans took control of Kabul she was feeling insecure. While sharing her last day experience in Kabul, she revealed that it was difficult time, adding “we were about 70 Afghan Hindu and Sikhs who were waiting their turn to get in to the airport, and were standing outside the Hamid Karzai Airport but they had to run to the safe places after the armed men started checking their buses.”

She also urged the Indian government to evacuate the remaining Hindu and Sikhs standard in Afghanistan.

Another Afghan MP Narinder Singh Khalsa, among those evacuated from Kabul, breaks down while talking to media at the Hindon Airbase. In an emotional tone, Narinder Singh said that he had never dreamt that he would leave the country in such a manner where he and his ancestors had been living.

The Afghan MP said his father was assassinated in Afghanistan and they were having good business and houses there but now we became zero. Expressing gratitude to the Indian government, he urged India to evacuate their community men who are still in Afghanistan.