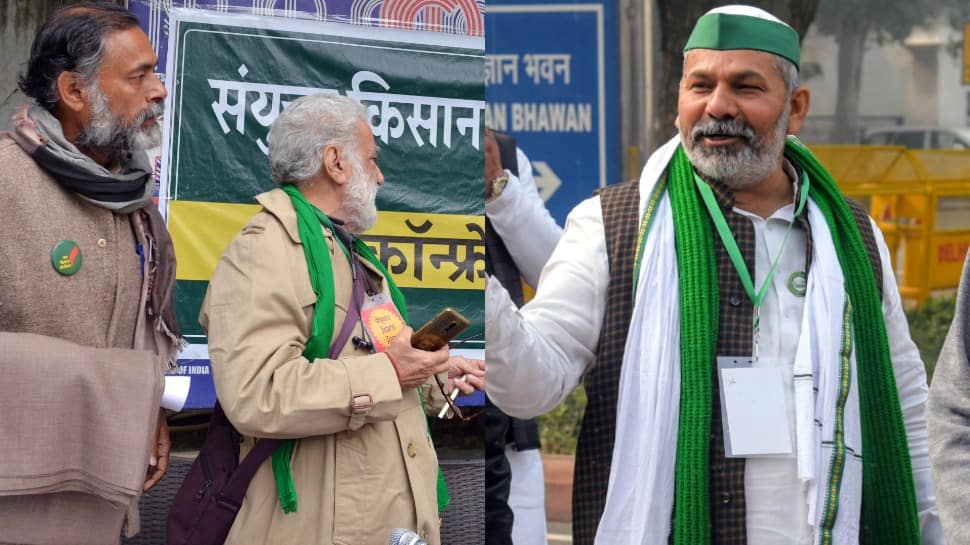 New Delhi: A day after the national capital witnessed massive violence, Delhi Police on Wednesday (January 27, 2021) booked several leaders for the ruckus during the farmers' tractor march in Delhi.

Delhi Police said that it has registered FIR under IPC sections 395 (dacoity), 397 (robbery, or dacoity, with an attempt to cause death or grievous hurt), 120B (punishment of criminal conspiracy) and other sections, regarding violence in Delhi on January 26. The rioters have reportedly robbed many artefacts that were kept inside Red Fort.

Thousands of farmers breached barriers to storm Delhi on Tuesday during their tractor parade. Farmers also hoisted a religious flag from the ramparts of the Red Fort.

According to Delhi Police, over 300 policemen sustained injuries.

This is to be noted that the permission to hold the rally was given on specific routes and after the Republic Day 2021 celebrations conclude at the Rajpath, but Delhi Police PRO Eish Singhal told PTI news agency that the protesters violated conditions fixed for the rally.

"The farmers began tractor rally before the scheduled time, they also resorted to violence and vandalism," PTI quoted Singhal as saying.

He added, "We followed all conditions as promised and did our due diligence but the protest led to extensive damage to public property. Many policemen were also injured during the protest."

The violence also led the Centre to snap the internet services temporarily in some parts of Delhi. The government's order said that the suspension of services was necessary for maintaining public safety and averting a public emergency.