The song was launched in presence of senior party leaders at the party central office in Hyderabad. 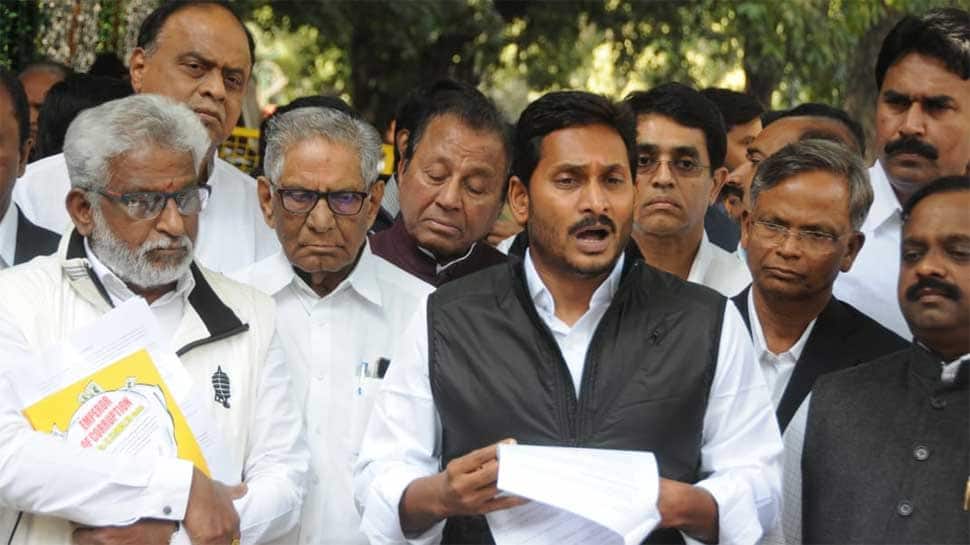 YSR Congress Party on Monday launched the last leg of its campaign for the upcoming Lok Sabha poll with their campaign song, Ravali Jagan, Kavali Jagan (Jagan should come, we want Jagan). The party said that it is also the official slogan of the campaign.

The song was launched in presence of senior party leaders at the party central office near Lotus Pond in Hyderabad. YSRCP is planning to take the song to each and every person in the state in the coming weeks. The full song and the ringtone is available for download at https://jaganannaforcm.com/song/

Indian Political Action Committee (I-PAC) has created the song after taking inputs from thousands of people across Andhra Pradesh. The YSRCP said that song captures the mood of the people of Andhra Pradesh who are fed up of Chief Minister N Chandrababu Naidu and his false promises. Senior YSRCP leaders claim that the people of the state have made up their mind to replace Naidu with YSRCP Chief Jagan Mohan Reddy.

The song recognizes Jagan Reddy as the only person who can work for the welfare of people of Andhra Pradesh. The song channelises the outcry of various sections of the society. The song also describes how people from Backward Castes are facing trouble in leading a normal life due to the burden loans and how people are being cheated in the name of DWCRA loan waiver for women. The song also highlights how youth were cheated with false promise of jobs.

The party is planning to take this song to the grassroots through a free download link and musical marches on bikes. The YSRCP, I-PAC, and volunteers will ensure that everyone in the state hears this song.

Talking to media after launching the song, YSRCP leaders Vijay Sai Reddy and Botsa Satyanarayana said “This song has been released as a part of the campaign, it talks about how people are fed up with Chandrababu Naidu and his government and why people want Jagan. We will be taking this song and the slogan – Ravali Jagan Kavali Jagan – to the grassroots and ensure that everyone hears it”.

(with inputs from YSRCP press release)