Gurudwara Sri Brahmakund Sahib in Ayodhya is also one of the important centers of Sikh faith and attracts devotees from across the world. The gurudwara has preservd the evidence of the battle that Guru Gobind Singh ji fought to save Ram Janmabhoomi. 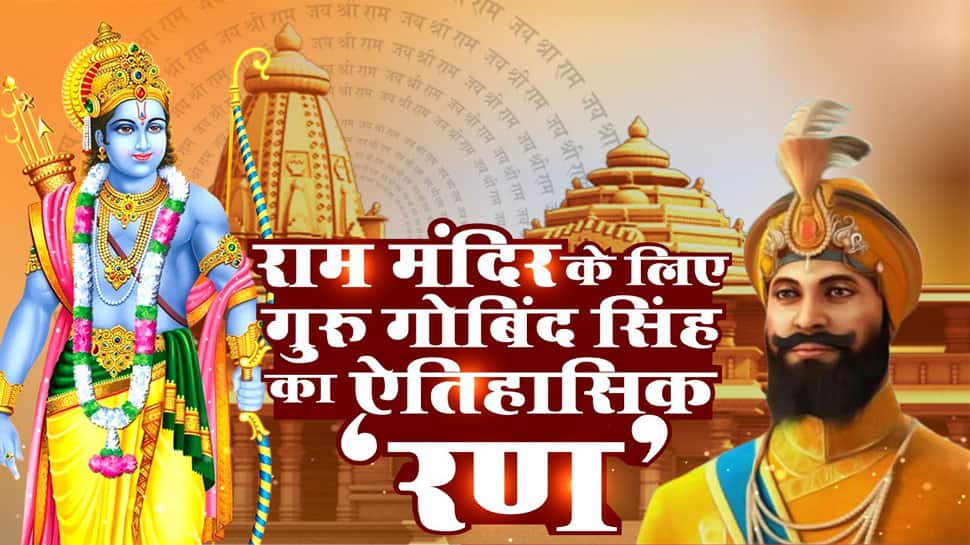 Ayodhya: As the nation awaits for the Supreme Court verdict on the Ayodhya Ram Janmabhoomi case, Zee News in one of its biggest coverages is showing past stories of communal harmony from the holy city. One such saga is related to the 10th Sikh Guru Sri Guru Gobind Singh's love for Ayodhya and Lord Ram. The story is about the fierce battle fought jointly by Chimtadhari Sadhus and Guru Gobind Singh's troops against the Mughals in the 16th century for the protection Ram Janmabhoomi. The Sikh war for Ram Janmabhoomi is one of the biggest stories of communal harmony.

Gurudwara Sri Brahmakund Sahib in Ayodhya is also one of the important centers of Sikh faith and attracts devotees from across the world. The gurudwara has preservd the evidence of the battle that Guru Gobind Singh ji fought to save Ram Janmabhoomi.

In 1672, Guru Gobind Singh Ji visited the city of Lord Ram as a child. Photographs related to stories of his coming to Ayodhya at a young age are present in Gurudwara Sri Brahmakund Sahib. Prior to him, other Sikh Gurus are said to have visited Ayodhya and when the holy city was invaded by the Mughal army of Aurangzeb, the Sikh army stood as a rock to protect the Ram Janmabhoomi.

It is said that when the news of Mughal army's attack reached Chimtadhari Sadhu Baba Vaishnav Das, he sought help from Guru Gobind Singh, who immediately sent his army to protect Ram Janmabhoomi. The Nihang Sikhs along with the Sadhus fought a fierce battle against the Mughal army, which had to bite the dust. Aurangzeb was so shocked by this debacle that he did not dare another attack on Ayodhya for a long time. The Sikh army, which came to fight the Mughals, is said to have first camped at Brahmakund.

Gurjit Singh Khalsa, the Chief Granthi of Gurdwara Brahmakund, told Zee News that the 10th Guru visited at the age of six in 1672. The Guru had sent a large contingent of Nihang Sikhs for the liberation of Ram Janmabhoomi and then handed over the holy place to Hindus, and went back to Punjab, he added. Suresh Das, Chief Mahant of Digambar Akhara, also confirmed this fact to Zee News.