Vishal Jangotra claimed that he and his friends were tortured by the police with the sole intention of destroying his family. 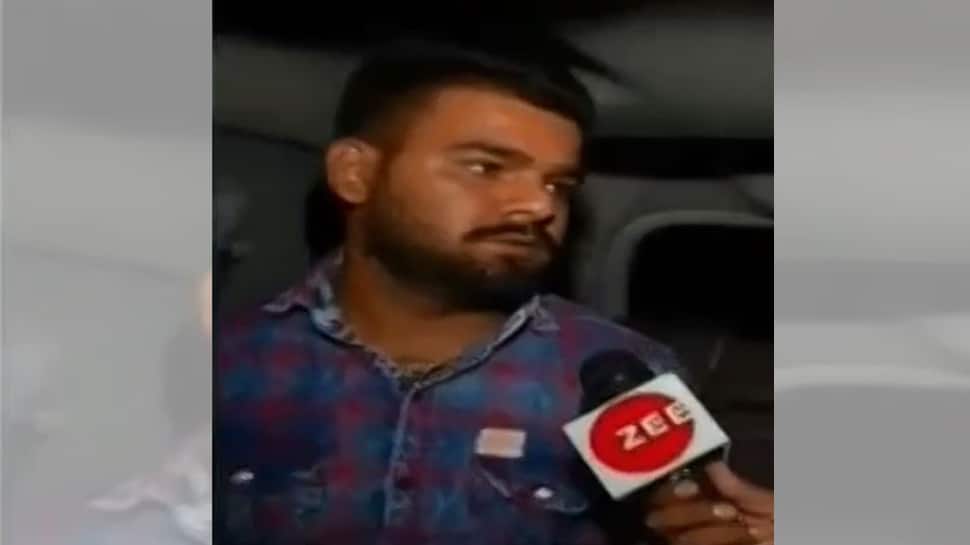 Vishal Jangotra, who was made an accused in the brutal rape and murder case of an 8-year-old girl in Kathua in Jammu and Kashmir by the police, was on Monday let off by a special court in Punjab's Pathankot after a Zee News report showed that he was in Uttar Pradesh and not near the crime spot on the day of the incident. After getting released, Vishal claimed that he was ruthlessly tortured by the police to own up to an offence he did not commit.

Recalling in an interview to Zee News how he was made an accused in the case, Jangotra said: "I was in Meerut giving my examination for BSc Agriculture. After my examination one day when I was in my room, some people from the crime branch came and arrested me. They started beating me and took me to Meerapur Chowki and I was beaten up all night. Keval Gupta, Irfan Bani thrashed be throughout the way to Jammu. I was beaten so much that I was not even in my senses."

"I had got a photo on WhatsApp saying that a murder has taken place in Kathua but I had no information that she was raped too. The police in its chargesheet filed false allegations against me that I travelled from Meerut to Jammu and then back to Meerut after committing the crime," he asserted.

Vishal claimed that he and his friends were tortured by the police with the sole intention of destroying his family. "This was a planned conspiracy against me and my family. On one or two instances, I was beaten infront of my father too," he said.

"The crime branch tortured me and forced me to accept that I raped and muredered the girl but I never admitted to it as I was innocent. My friends were also beaten to accept that they took exams on my name or took my cell phone in my absence. Three of my friends who were interrogated are still in mental trauma due to the treatment that was meted out to them," he claimed.

While Vishal has been acquitted in the case, his father temple priest Sanjhi Ram, has been sentenced to life for the crime. Vishal, however, claims that his father is also innocent and will approach a higher court against the verdict.

He also added that there were videos of him appearing for the examination as well which would have been a proof that he was in Meerut but he claimed that the crime branch deleted all evidence. The court while acquitting Vishal relied on a Zee News report that showed a CCTV footage of an ATM in Muzzafarnagar in which Vishal was seen withdrawing money on the day when the incident took place.

The court said in its verdict that the evidence broadly supports the news clip of Zee News relating to the presence of accused Vishal Jangotra alias Shamma at Meeranpur, Muzaffarnagar during the period of occurrence and as in the present case Raju Kerni, Zee News Bureau Chief, Jammu (DW-15), has certified the CD and the pen drive to be genuine one as per actual occurrence and without modification, therefore the same certainly be relied upon for reaching at a just decision. The court also appreciated Zee News, particularly the Editor-in-Chief of Zee News Sudhir Chaudhary and staff for trying their level best to bring the actual truth on surface.

As per the chargesheet filed by Jammu and Kashmir police, the girl was abducted on January 10, 2018 and held captive at a temple in a village in Kathua district. She was kept unconscious for almost four days, during which she was raped. Following the heinous act, the child was brutally murdered. The hearing in the case was conducted on a day-to-day basis in the district and sessions court in Pathankot in Punjab. The case was transferred to Pathankot on the orders of the Supreme Court.