The BJP manifesto or the 'Sankalp Patra' for Jharkhand assembly election 2019 was released by Union Telecom Minister Ravi Shankar Prasad in the presence of Jharkhand Chief Minister Raghubar Das and other state leaders of the party. 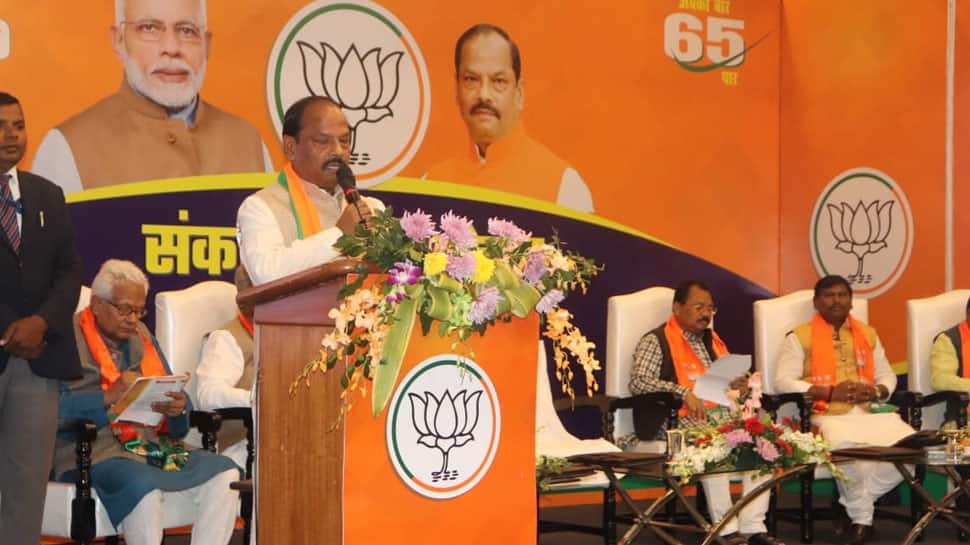 RANCHI: Ahead of the upcoming assembly election in Jharkhand, the BJP on Wednesday released its manifesto promising corruption-free government, improving infrastructure, skill development, loan to farmers and job for at least one member of the below poverty line (BPL) families.

The BJP manifesto or the 'Sankalp Patra' was released by Union Telecom Minister Ravi Shankar Prasad in the presence of Jharkhand Chief Minister Raghubar Das and other state leaders of the party.

The manifesto for Jharkhand was prepared by a seven-member team of the party, which toured the state extensively and interacted with the common man for feedback.

Speaking on the occasion, Prasad reiterated his party's commitment to developing villages, addressing issues related to farmers, creating jobs for unemployed youth and taking steps aimed at improving the lives of women.

Every student of Classes 9 and 10 will receive Rs 2,200 and that of Classes 11 and 12 Rs 7,500 as scholarships, Prasad said while releasing the manifesto.

The party resolved to create job opportunities for local unemployed youths if it forms government in the state again.

It assured a loan of up to Rs 5 lakh for tribal women running self-help groups.

Prasad, while urging the voters to vote in favour of BJP, said that the Raghubar Das government will continue to work in the best interest of the people of the state.

Speaking on the occasion, Das said that if BJP comes to power again, it will take efforts to fulfill all promises made by the party in the manifest.

Das said that the manifesto is not just a ''document'' but a holy book for his party leaders.

It may be recalled that assembly election will be held in Jharkhand in five phases, beginning November 30.