BJP will meet the fate of 'India Shining' due to anti-poor policies: Former Karnataka CM Siddaramaiah

'India Shining' referred to the overall feeling of economic optimism in the country by Atal Bihari Vajpayee's NDA government during the 2004 general elections, where the party witnessed a defeat by the UPA. 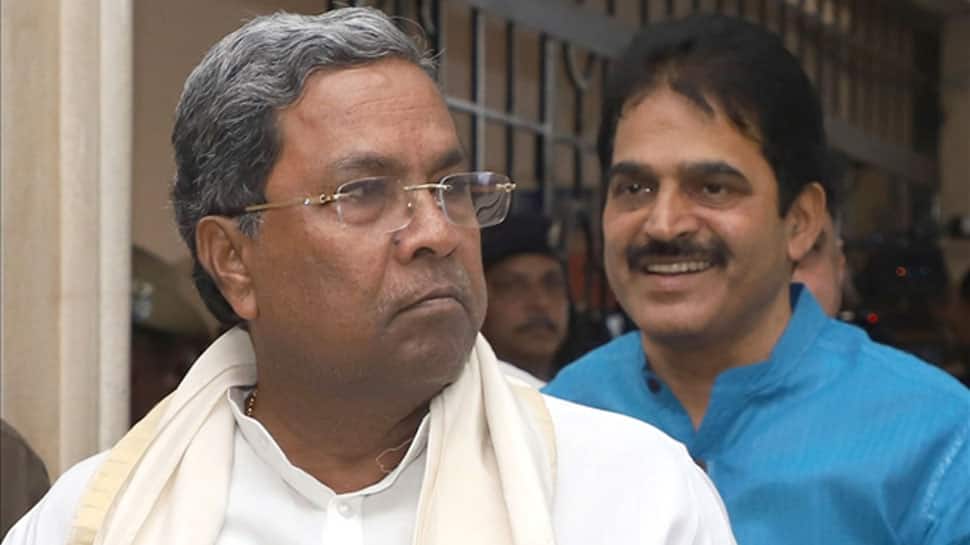 "After completing five years, Vajpayee came up with a slogan 'India Shining' in 2004. I don't know where it shined. If it had really shone, there was no need for any welfare schemes. History tells us what happened to 'India Shining.' Narendra Modi will also meet the same fate," Siddaramaiah said at a 'Meet the Press' programme at the Press Club of Bangalore.

'India Shining' referred to the overall feeling of economic optimism in the country during the 2004 general elections.

The NDA witnessed a defeat and a stunning comeback of Congress-led United Progressive Alliance government at the Centre to rule India for 10 years.

"They (BJP) mock our scheme of giving Rs 3.5 lakh crore to the poor people and speak low about it. The very fact that they are opposing this programme, they are anti-poor. They cannot stand with the economically weaker section," he said.

"There are no such instances also whether be it former prime minister Atal Bihari Vajpayee or Modi's five year term," Siddaramaiah charged.

To support his claim of Modi's defeat in the ensuing Lok Sabha polls, he said the BJP will fail to repeat its 2014 stellar performance in Uttar Pradesh, Bihar, Gujarat and Maharashtra.

Siddaramaiah said, the Samajwadi Party and Bahujan Samaj Party alliance in UP and Rashtriya Janata Dal and Congress tie-up in Bihar will trounce the BJP. "BJP will not win. Modi will not be prime minister again," he asserted.

Flaying Modi for "politicising" surgical strike, the former chief minister said such surgical strikes had happened in the past too, including during the formation of Bangladesh by breaking Pakistan into two. "However, for the first time such heroic actions were politicised," he alleged.

The senior Congress leader also questioned what he termed as the "intelligence failure" which led to the deadly attack on Central Reserved Police Force (CRPF) convoy, killing 40 soldiers in January.

"What happened to your intelligence in Pulwama? What were your agencies doing when your soldiers were ferried in trucks and not airlifted?" Siddaramaiah sought to know.

The incident had further soured India-Pakistan relations, with India avenging the killing with airstrikes on the terror camps inside the Pakistan territory in February.

To a question, Siddaramaiah allayed fears about the longevity of the coalition government of Congress and JD(S) led by chief minister HD Kumaraswamy. He said the government will remain post Lok Sabha elections.

Replying to a query on Congress rebel candidates, the former chief minister said those have no ideological base shift their loyalties and change parties.