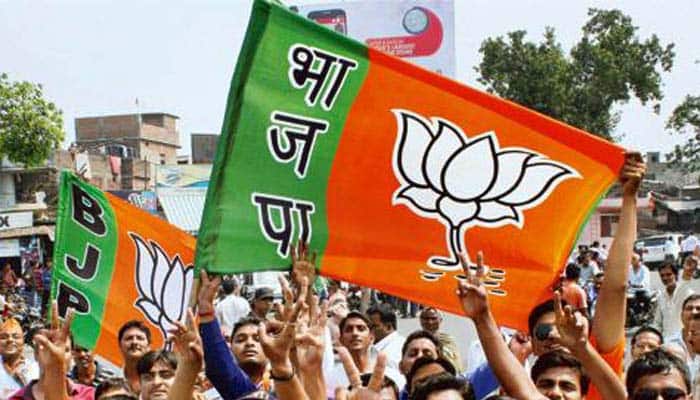 Bengaluru: Karnataka BJP Friday alleged that names of at least two lakh voters here were deleted in the first phase of the Lok Sabha polls and demanded stringent action against the 'black sheep' who played the mischief.

"When I visited various polling booths Thursday, I noticed that at least 50,000 to 60,000 names were deleted from the electoral roll. In all, two lakh votes were deleted in Bengaluru," former deputy chief minister R Ashok claimed during a press conference.

He said there were huge discrepancies in the electoral roll prepared after March 16, which was the last date of updating the voter list.

The electoral roll was prepared by the Bruhat Bengaluru Mahanagara Palike, the city civic body.

In the two lists, at least four or five names were deleted in each sheet of paper, Ashok alleged.

Seeking to know the basis behind deletion, Ashok asked the authorities whether people gave applications to remove the names from the electoral roll or did the authorities give notices to people prior to removing their names.

"You zeroed in on the BJP voters and deleted their names. It had never happened in the past on such a large- scale. You could have removed those names while printing the electoral rolls but it was not done then. All of a sudden, you removed all those names you suspected were of BJP voters," he charged.

The Padmanabhanagar MLA cited the example of an NRI from America who flew down to Bengaluru only to cast his vote and was in tears after finding his name deleted.

Another student from Manipal found his name missing when he came here to exercise his franchise.

"The election commission should inquire into the matter. Find out the black sheep in the BBMP and take action against them. They must be punished," he said.

"People spent lakhs of rupees to come to India to cast vote. They are those who tell us the value of votes but when they come here, we tell them they can't vote. This is sheer injustice, a sin," he said.

Meanwhile, the chief electoral officer of Karnataka Sanjiv Kumar told PTI that he would get the matter inquired.

He, however, demanded specific complaints with details so that an inquiry could be held.

Someone is exaggerating that many deletions happened, Kumar said.