Won't bother to read: Roshan Baig after Congress issues showcause notice to him for hitting out at party leadership

Baig has been asked to explain within a week why disciplinary action should not be taken against him. 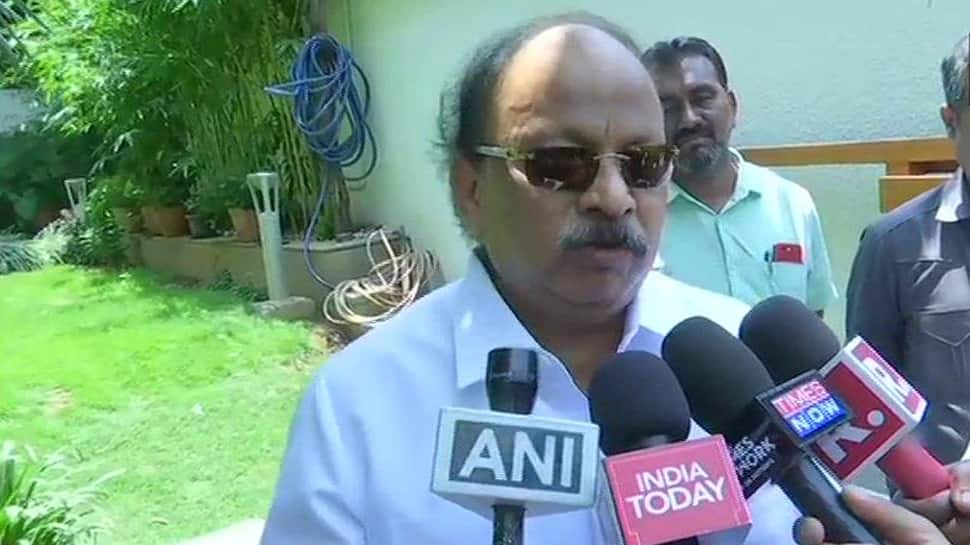 However, Baig remained defiant and kept up his attack on party leaders in the state. "I've received the show-cause notice sent to me by the KPCC. I'm not even going to bother to read it it because it's clearly sent by the orders of the same people whose incompetencies were highlighted by me. The arrogance of these state leaders is immeasurable. These people accuse the opposition of horse-trading without mentioning how they sold ministerial portfolios at exorbitant prices. The incumbent government is being man-handled by the state Cong leaders as well," he tweeted.

I've received the show-cause notice sent to me by the KPCC. I'm not even going to btoher to read it it because it's clearly sent by the orders of the same people whose incompetencies were highlighted by me. (1/n)

He also stated that he had earlier too during internal discussions raked up the issue against the party leaders but no heed was paid to his complaint. "I brought attention to several instances of murky ongoings with a few leaders of High Command of the party, but those leaders turned a blind eye to the ongoings. Be assured several grievances were raised by me internally before going on public record.  Leadership defines a party and I've hit out at the leaders, unfortunately, attacks at the leadership turns into an attack at the party. There are several senior leaders who were capable of running the party but were sidelined," he added.

Baig is facing fire after he lashed out at his own party for ignoring Muslims and minorities in Karnataka and alleged that portfolios in the state Cabinet were sold. "The portfolios were sold. How can I blame Kumaraswamy for it? He wasn't allowed to function. From day one, Siddaramaiah said 'I'm going to be CM'. You've gone to their doorstep to form the government," he had said attacking former CM Siddaramaiah.

He also blamed other party leaders for the position of the party as is being reflected in the exit polls. "KC Venugopal is a buffoon. I feel sorry for my leader Rahul Gandhi ji. Buffoons like Venugopal, the arrogant attitude of Siddaramaiah and the flop show of Gundu Rao...The result is this," he said. As per the exit polls, BJP is likely to win the majority of seats in Karnataka.

Asked whom would he blame for the present condition of the Muslims in Karnataka, Baig pointed fingers at KPCC President Dinesh Gundu Rao for conducting "flop poll campaign" and also attacked CLP leaders including Siddaramaiah for the same. "I hold Dinesh Gundu Rao responsible for conducting a flop poll campaign. Moreover, CLP leaders who were flying high in the sky should come to terms with ground realities," he added.