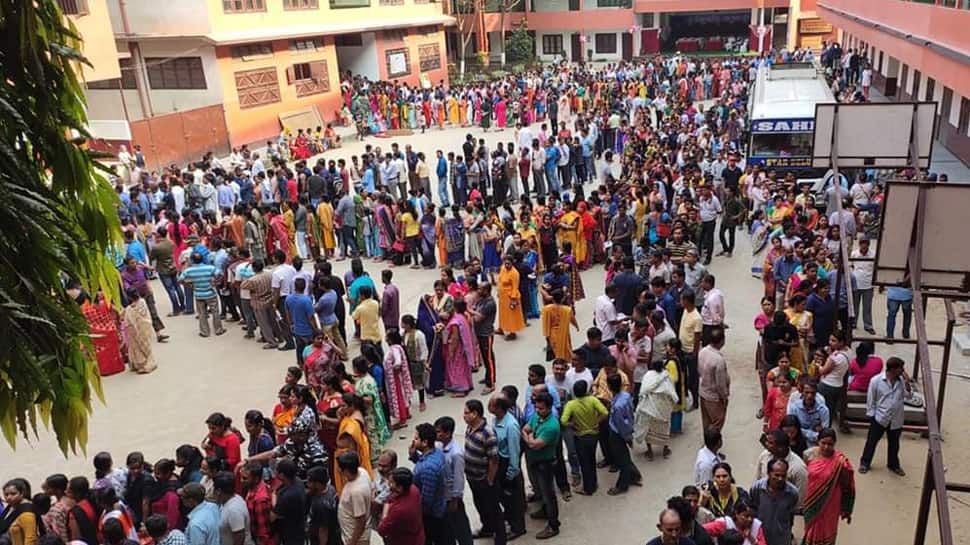 Voting in 51 constituencies in seven states will take place in the fifth phase of Lok Sabha election on May 6. Polling in the fifth phase is being held in 14 seats in Uttar Pradesh, 12 in Rajasthan, seven each in West Bengal and Madhya Pradesh, five in Bihar, four in Jharkhand and two seats in Jammu and Kashmir.

Of the 51 seats going to polls, the Bharatiya Janata Party is in power in 36 seats while two seats that it won in 2014 are vacant. The Trinamool Congress is in power in 7 seats while Rashtriya Lok Samta Party and Lok Janshakti Party hold one seat each. The Anantnag seat was won by the PDP's Mehbooba Mufti in 2014 but is currently vacant.

In UP, the BJP had bagged 12 of the 14 seats in 2014 with Sonia Gandhi winning in Rae Bareli and Rahul in Amethi. The other UP seats going to the polls on May 6 are Dhaurahra, Sitapur, Mohanlalganj (SC), Lucknow, Banda, Fatehpur, Kaushambi (SC), Barabanki (SC), Faizabad, Bahraich (SC), Kaiserganj and Gonda.

In the 12 seats going to polls in Rajasthan, BJP is in power in 10 seats and Congress in one, while one seat which was won by the BJP is vacant.

In Jharkhand, BJP will be aiming to retain all the four seats where it is currently in power. The four seats going to polls are Hazaribagh, Khunti, Kodarma and Ranchi.

In the five seats of Bihar - Hajipur, Madhubani, Muzaffarpur, Saran and Sitamarhi - where voting is being on Monday, BJP is in power in three while LJP and RLSP are in power in one seat each.

In the 7 seats in Madhya Pradesh in the fifth phase, BJP holds 6 seats while one more which the party won in 2014 is vacant. The seats going to polls on Monday are Betul, Damoh, Hoshangabad, Khajuraho, Rewa, Satna and Tikamgarh

All seven seats of West Bengal where polling is being held on Monday have sitting MPs from Trinamool Congress.

Over 8 crore 75 lakh voters are eligible to exercise their franchise on Monday where 674 candidates are in the fray. The Election Commission has set up over 96 thousand polling booths in place for smooth conduct of polls.