The EC said that all EVMs and VVPATs were sealed by election officers in front of the political parties candidates. 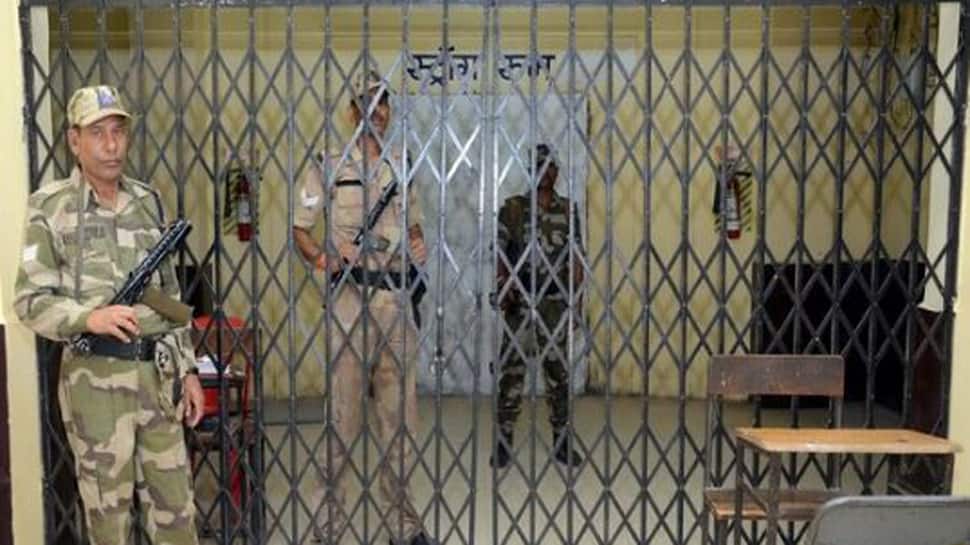 The Election Commission (EC) on Tuesday rejected all allegations of EVM manipulation at strongrooms in Uttar Pradesh, stressing that these allegations were baseless, frivolous and the poll panel has followed strict ‘protocol’ to keep the EVMs secure before the counting of votes on May 23.

EC: In all cases, polled EVMs&VVPATs were sealed properly in front of parties' candidates&videographed. CCTV cameras installed. CAPF security there. Candidates are allowed to have watch on strong room at a time&one representatives of each candidates 24×7. Allegations baseless. https://t.co/cNllIGIUXv

The EC came up with the report after political parties alleged that EVMs were being changed in strongrooms in Ghazipur, Chandauli, Domariyaganj and Jhansi in Uttar Pradesh at the instance of BJP. Referring to the incident in Chandauli, the EC said in its report that some people have made frivolous allegation and EVMs were kept safely in strongrooms. “Frivolous allegation by some people, EVMs were in proper security and protocol," the EC said.

The EC also mentioned about Ghazipur in its report saying the candidates should remain assured that EVMs are kept safely and there is no manipulation of the machine. It is to be noted that SP-BSP-RLD alliance candidate from Ghazipur, Afzal Ansari, on Monday alleged that an attempt was made by some unknown persons to take out some EVMs from strongroom. The EC, however, said that the issue has been resolved.

In Domariyaganj too, some candidates had alleged that EVMs were not kept safely in strongrooms. The EC, however, rejected these claims too and said, "EVMs were in proper security and protocol. Agitation was unnecessary. They were convinced by DM and SP. The matter is resolved." The poll panel said that in Jhansi too there is no issue with the storage and handling of EVMs as all machines are stored in proper security and protocol in the presence of political parties candidates.