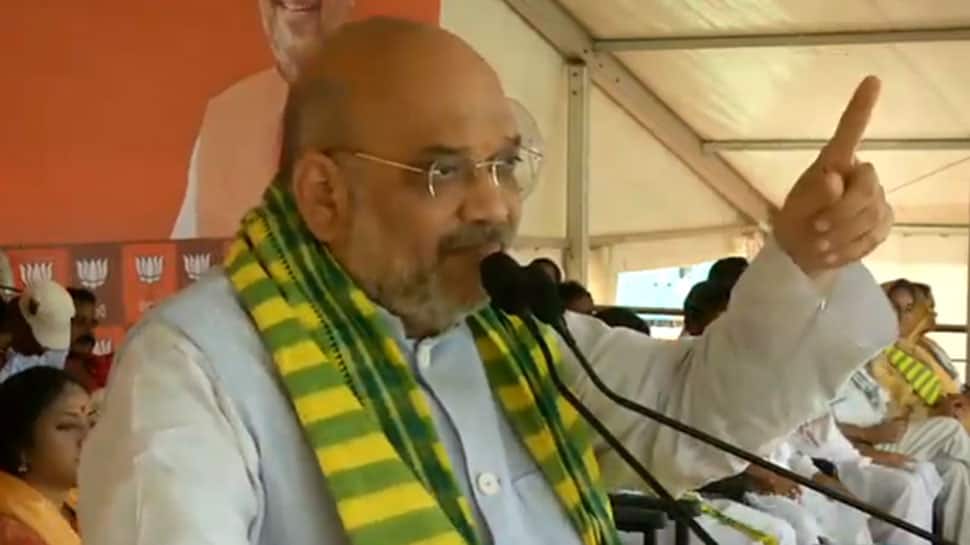 ''Shatrughan Sinha recently joined Congress and now he says Jinnah was as great as Mahatma Gandhi and the Congress. These Congress leaders are praising Jinnah, the man who divided the nation. This is his character,'' Shah said while addressing a rally here.

Shatrughan Sinha had courted controversy by saying that Mohammad Ali Jinnah was a Congress leader who played a crucial role during independence. Sinha made these remarks while addressing a rally in Madhya Pradesh's Sausar on Friday.

Sinha, however, dismissed his “Jinnah” remark as a “slip of the tongue” in an effort to defuse the controversy surrounding it.

“Whatever I said yesterday was a slip of tongue. I wanted to say Maulana Azad but uttered Muhammad Ali Jinnah,” the actor-turned-politician said.

The BJP resident also attacked what he termed a ''corrupt government'' in Odisha led by BJD supremo and Chief Minister Naveen Patnaik to ensure all-round growth in the state.

Addressing a rally in Morada, the BJP chief said, ''Odisha can develop only if the "corrupt and inefficient" BJD government is thrown out in the state.''

Shah, who also addressed a rally in the tribal-dominated Mayurbhanj Lok Sabha constituency, stressed that the people across the country have resolved that Narendra Modi will become the Prime Minister again.

"I have already addressed election meetings in 261 Lok Sabha constituencies. From east to west and north to south, I could hear people chant Modi, Modi,'' Shah said.

"It is clear that the whole country has resolved to make Modi the prime minister once again," the BJP chief claimed.

Shah claimed that the rising popularity of his party was giving sleepless nights to the BJD, which must be voted out of power in Odisha.

“People of Odisha must vote BJP to power both at the Centre and in the state for speedy development,'' Shah said.

Referring to the multi-crore chit fund scams unearthed in Odisha, Shah alleged that the leaders of the ruling party duped hundreds of crores of hard-earned money belonging to the poor and the downtrodden.

He promised that if BJP government comes to power in Odisha, all those linked with chit fund scam will be put behind bars within 90 days.

Shah further alleged that more than 20 BJP workers and functionaries have been attacked and killed in Odisha. ''There is be no place for violence,'' he said.

During his speech, the BJP president also hit out at the previous Congress-led UPA Government and accused it of adopting a soft approach towards Pakistan-sponsored terrorism.

It is to be noted that assembly and seven-phased Lok Sabha election 2019 are being held together in the state.

The fourth phase is scheduled to be held on April 29.

Shatrughan Sinha takes a U-turn on 'Jinnah' remark, calls it 'slip of tongue'