In the third phase, voting is currently underway in 117 constituencies in 15 states and Union Territories. 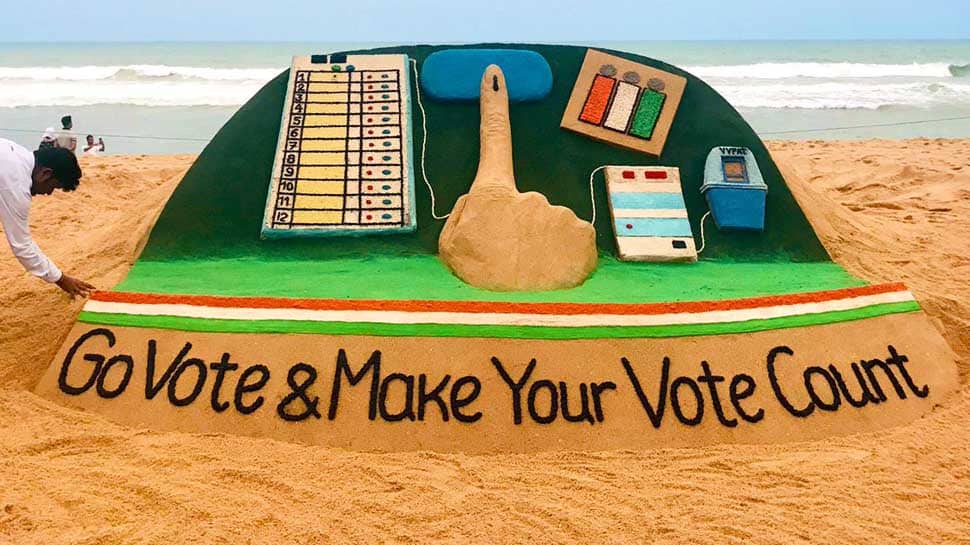 Puri: Odisha-based sand artist Sudarsan Pattnaik has raised voter awareness through his sand sculpture at the Puri beach for the third phase of national election 2019, voting for which is currently underway in 117 constituencies in 15 states and Union Territories.

"My sand art at Puri beach on voter awareness with the message go vote and make vote count in the largest festival of Indian democracy," Pattnaik tweeted, along with the picture of the sand art.

#Phase3 #IndiaElections2019  is today . Appeal to all to #GoVote and make vote count in the largest festival of Indian Democracy .My #SandArt at #Puri beach, #Odisha. pic.twitter.com/mxuaCD8ZfT

During phase one and two of the election, Pattnaik tweeted these:

Phase 2 #IndiaElections2019 is today . Appeal to all to #GoVote and make vote count in the largest festival of Indian Democracy .My #SandArt with message “Vote for Better India” at #Puri beach, #Odisha. pic.twitter.com/Ab0bowM6Ip

I request all the voters to please #vote for nation's development. My SandArt on #VoteAwareness at Puri beach in Odisha .#Elections2019 pic.twitter.com/jUgmWQE9hh

About 18.56 crore voters are eligible for voting in the third phase of the election, for which 2.10 lakh polling booths, stations have been set up.

In the first two phases of national election, polling was held to 91 and 96 seats on April 11 and April 18 respectively. Election to 543 seats is being held in seven phases. The counting of votes will be on May 23.