BJP-led NDA decimates opposition in Bihar, wins 39 out of 40 seats

The BJP-led NDA registered a thumping victory in Bihar, winning 39 out of 40 seats at stake in the state. The performance of BJP-led NDA, which also includes JD(U) and LJP, is the best for any political formation in Bihar in decades. 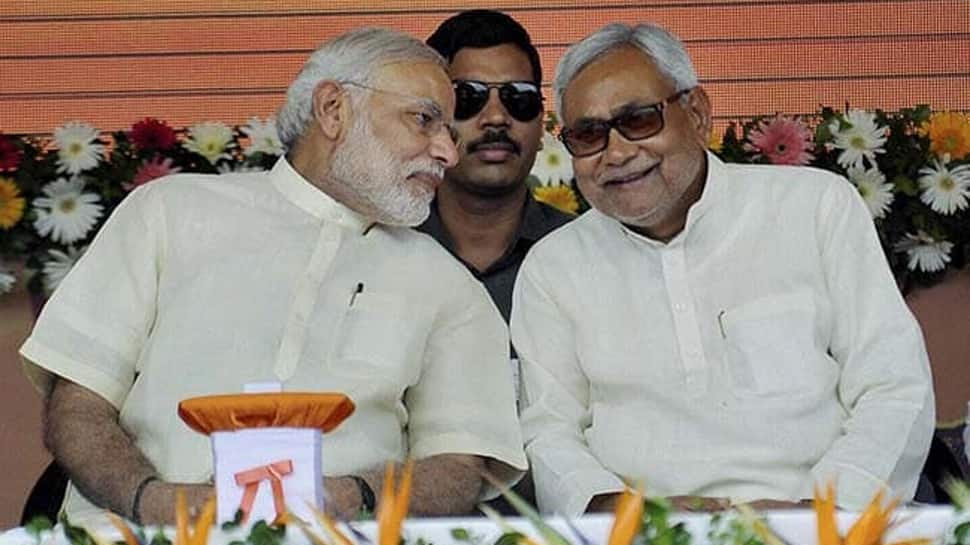 PATNA: The BJP-led NDA registered a thumping victory in Bihar, winning 39 out of 40 seats at stake in the state. The performance of BJP-led NDA, which also includes JD(U) and LJP, is the best for any political formation in Bihar in decades.

Former Union minister and senior Congress leader Tariq Anwar lost his Katihar Lok Sabha seat to JDU's Dulal Chandra Goswami by a margin of about 57,000 votes. The Congress won only one seat and this is the worst performance of the grand old party in Bihar where it is already a marginal player. In 2014, Congress had won two seats, while RJD had four. Union Minister Ravi Shankar Prasad registered a comprehensive win over Shatrughan Sinha, who had crossed over to the Congress less than two months ago, from Patna Sahib. In Begusarai, Union minister Giriraj Singh defeated his CPI rival Kanhaiya Kumar.

The RLSP, HAM and VIP had contested on 11 seats but these parties failed to win even a single seat. RLSP chief Upendra Kushwaha, who had contested the 2014 Lok Sabha poll as an NDA ally but switched sides before this poll, faced defeat from both Ujiyarpur and Karakat Lok Sabha seats. Former Bihar Chief Minister and HAM founder Jitan Ram Manjhi failed to win in Gaya and two other HAM candidates faced a humiliating defeat in Nalanda and Aurangabad.

The verdict sends a clear message that Extremely Backward Castes (EBCs), which constitute around 30% of the voters in Bihar, came out in support for the NDA with full force. It became possible only because of Chief Minister Nitish Kumar, who enjoys very good popularity among the EBCs.Another important thing which is noticeable is the landslide victory in north Bihar constituencies, which are along India-Nepal border. The victory of BJP-led NDA in Darbhanga, Madhubani, Champaran, Supaul, Araria and Kishanganj Lok Sabha seats reflects the mood of the people who are more interested in national security than blindly following the leader of their caste.

The mauling at the hustings will raise questions over the leadership abilities of Tejashwi Yadav as it has become apparent after the defeat that he is not capable of steering the party in the absence of his incarcerated father Lalu Prasad Yadav. Thursday's verdict will also set alarm bells ringing in the RJD camp before the 2020 Assembly elections as Tejashwi will find it tough to hold his MLAs together.