Sadhvi Pragya will contest Lok Sabha election 2019 on a BJP ticket from Bhopal constituency and against Congress' Digvijaya Singh. 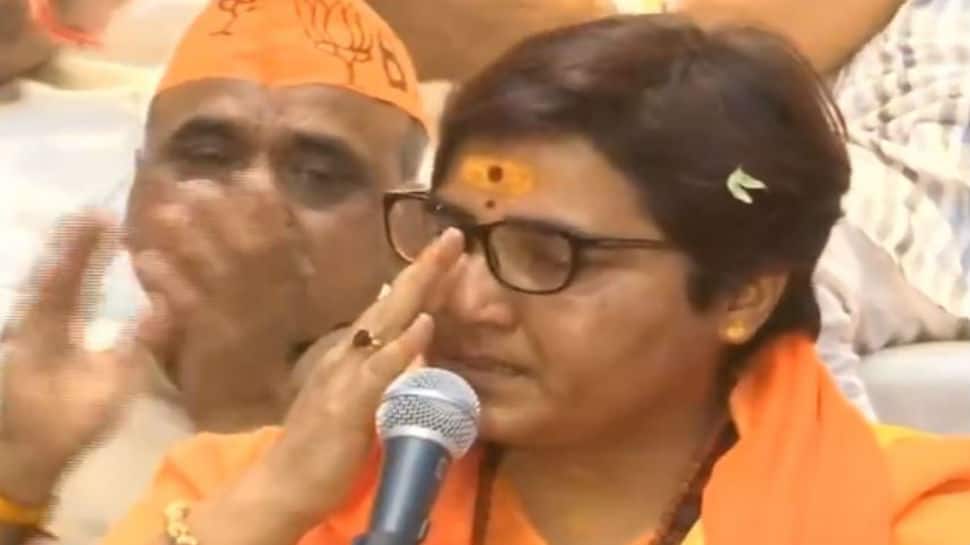 Bhopal: A day after being named as the Bharatiya Janata Party (BJP) candidate for the Bhopal parliamentary constituency, Sadhvi Pragya Singh Thakur on Thursday alleged police torture while she was in jail in connection with the Malegaon blast of 2008.

Speaking to members of the press, Sadhvi Pragya alleged that she had had to face extreme torture during the time she spent in jail. "Police kept me in illegal custody for 13 days. Right from the first day, without asking me anything, they hit me with belts. It was not easy to handle the torture. The whole body gets swollen, gets numb," she said. "I am not recounting my pain to you but what I am trying to say is that no woman should have to go through what I did. While hitting me, they used to abuse me."

Stating that the cops wanted her to admit that she had a role in the Malegaon blast which killed many members of the Muslim community,  Sadhvi Pragya said no effort was spared to get a forced confession from her. "They used to hit me all night. People who beat me used to change but the person being hit, me, remained the same," she said before breaking down.

With tears rolling down her eyes, Sadhvi Pragya went on to say that the brutality of the police force was inhumane.

This is not the first time that Sadhvi Pragya has lashed out against police forces. In 2014, she had made similar allegations while recounting torture at the hands of Maharashtra ATS and state police. She had also complained to the National Human Rights Commission at the time.

An accused in the Malegaon Blast case,  Sadhvi Pragya faces a number of charges although the charge under MCOCA has been dropped by an NIA court. She joined BJP earlier this week and has been named as the party candidate to fight Congress' Digvijaya Singh. Her selection has been widely seen as controversial with political rivals raising concerns aplenty.