Boy with golden spoon can only drink tea, not make it: Narendra Modi's dig at Rahul Gandhi

Congress has often attacked PM Narendra Modi over his humble origins. PM Modi has himself often referred to it to connect with people at large. 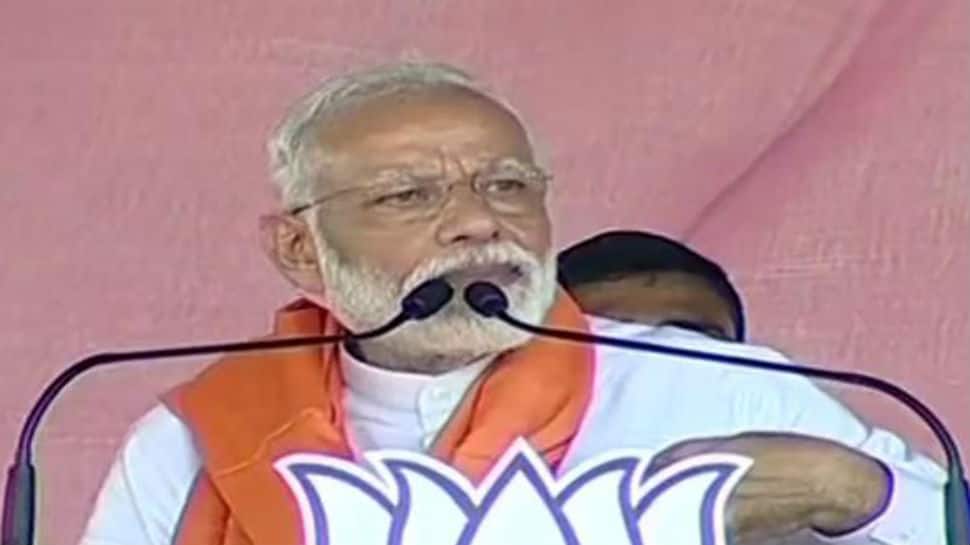 Silchar, Assam: He has often been targeted for his humble origins by Congress leaders but on Thursday, Prime Minister Narendra Modi gave it back while targeting Rahul Gandhi for his privileged background.

Speaking at an election rally ahead of Lok Sabha election 2019, PM Modi used tea as a metaphor to highlight how only hard-working people would know the effort that goes into making simple pleasures of life a reality. "Those born with a golden spoon can only take sips of tea but they don't even realise that hands get cut while selecting tea leaves. They cannot even make tea," he said. "This chaiwala (referring to himself) is not leaving any effort to ensure your lives improve."

PM Modi has often referred to his humble origins which saw him helping his father sell tea at Vadnagar in Gujarat. He has said that he connects with people at large in the country because he knows what the common man feels and what he aspires for.

The Congress, however, has often used this as a weapon against PM Modi with several party leaders saying that his thought process and work reflects his tea-selling origins. In most cases, such attacks have only backfired with BJP calling it Congress' elitist mentality.

While PM Modi's origins was a raging rant from Congress before the Lok Sabha 2014 election, the party has mostly focused on trying to corner him this year on issues of jobs, agriculture and defence deal. Not every leader from the party, however, has refrained from echoing an 'elitist' charge that BJP has slammed time and again.

Where will monkeys go? Feed them fruits, not samosa and Frooti: Hema Malini's solution for Vrindavan simian menace