The full team of the Election Commission met President around 12.30 PM on Saturday.. 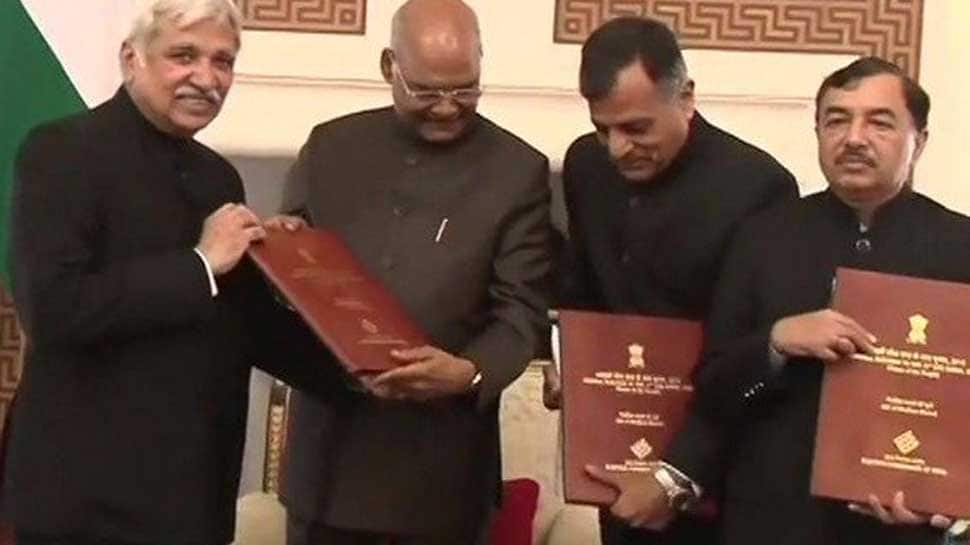 NEW DELHI: Chief Election Commissioner Sunil Arora, accompanied by Election Commissioners Ashok Lavasa and Sushil Chandra, met President Ram Nath Kovind on Saturday and handed over the list of 542 newly-elected members of the Lok Sabha that will enable him to initiate the formal process of new government formation.

According to a government release, the full team of the Election Commission met President around 12.30 PM at the Rashtrapati Bhawan.

During their meeting, the President congratulated the CEC and his team on the successful completion of the electoral process and of the largest democratic exercise in human history.

''On behalf of the entire country, President Kovind appreciated the efforts of the Election Commission, its officials and members of its staff, other public officials who were involved in management and superintendence of the campaign and polling, and police and security personnel, Central and state, for working tirelessly and diligently to uphold the sanctity of the people’s ballot and successfully completing a free and fair election,'' the release said.

While the notification sets in motion the constitution of the 17th Lok Sabha, the list given to the President enables him to initiate government formation process.

On Saturday evening, newly-elected MPs of the National Democratic Alliance are likely elect Narendra Modi as its leader.

After this, a delegation of leaders of the BJP and its allies is expected to call on the President and convey to him their choice of Modi as Prime Minister following which he will be invited to form the government.

The BJP has secured majority on its own in the elections by winning 303 seats.

Elections were held in 542 of the 543 seats. The election in Vellore Lok Sabha seat was cancelled by the EC citing abuse of money power.

A fresh date for conducting election in Vellore is yet to be announced.

Lok Sabha election 2019: List of seats which BJP won by a margin of over 5 lakh votes