Arvind Kejriwal has said he is willing to do anything to defeat Narendra Modi even as the possibility of an AAP-Congress tie-up remains in limbo. 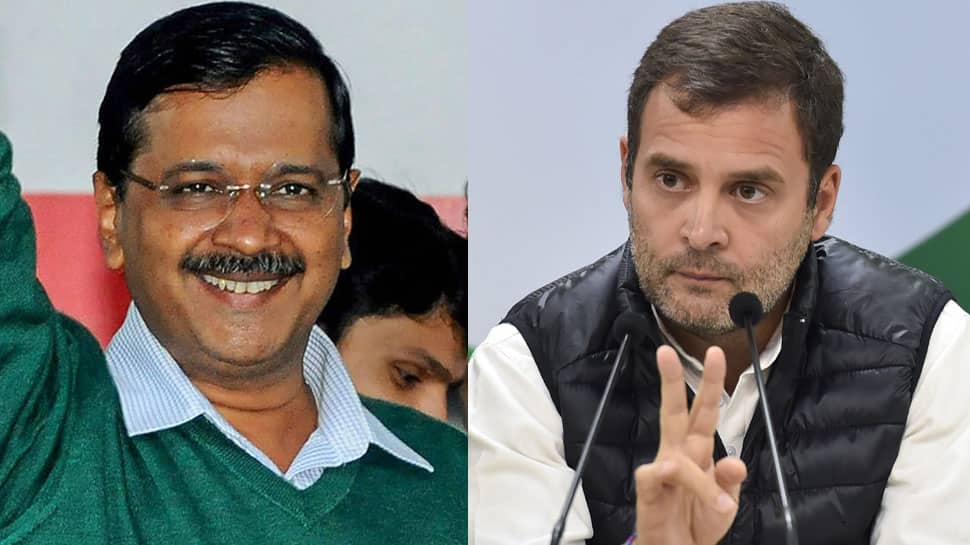 New Delhi: The enemy of an enemy is a friend and it is this age-old saying that may still be keeping fragile hopes of an AAP-Congress alliance alive in the Lok Sabha election 2019. While both parties have had fallouts galore, AAP chief Arvind Kejriwal said on Sunday that he is ready for all that it would take to defeat PM Narendra Modi.

The possibility of an AAP and Congress alliance for Lok Sabha election 2019 has been an electoral rollercoaster the last few weeks. While many Delhi leaders of Congress had been vehemently against a tie-up, AAP too had said on Wednesday that an alliance was not possible due to no agreement on the seat-sharing formula. On Saturday, Delhi Deputy CM Manish Sisodia once again held out an olive branch although he maintained his party was against a tie-up just in the national capital. And Kejriwal further underlined why Sisodia still kept some of the hopes alive. "We will do anything to defeat Narendra Modi and Amit Shah," he said when asked about an alliance with Congress.

Delhi CM Arvind Kejriwal on if discussions on Congress-AAP alliance are still underway: The country is in danger. To save the country from Modi Ji & Amit Shah Ji's 'jodi', we are ready to do whatever is needed. Our efforts will continue till the end. #LokSabhaElections2019 pic.twitter.com/ryvtACTrQj

This comes shortly after Congress had said that it is only open to an alliance with AAP in Delhi and in no other state.

While both AAP and Congress have been bitter enemies in Delhi, both parties are also determined to bring down BJP in the ongoing Lok Sabha election 2019. A tie-up against BJP would have been an easy clincher only if the two parties were able to decide on a seat-sharing arrangement. AAP MP Sanjay Singh had accused Congress of being too demanding while rejecting the possibility of a tie-up earlier this week. He had said that Congress wants three seats in Delhi but is unwilling to budge in Punjab, Haryana, Chandigarh and Goa. "Congress is not in favour of alliance and it seems they want to benefit BJP. AAP will contest and win all seven seats in Delhi," he had said. (Read full report here)

Just when it looked like Singh had driven the final nail in the coffin, his party once again resurrected the possibility of a tie-up.

Meanwhile, many political analysts believe that the flip-flop over a possible tie-up between the two parties is likely to benefit BJP whether AAP and Congress now do join hands or not. A sense of indecision and an unwillingness to let go seats could have already made a dent in the minds of voters who were leaning towards voting for either Congress or AAP.