Modi broke his own record in the Varanasi Lok Sabha seat bypassing his 2014 winning margin. 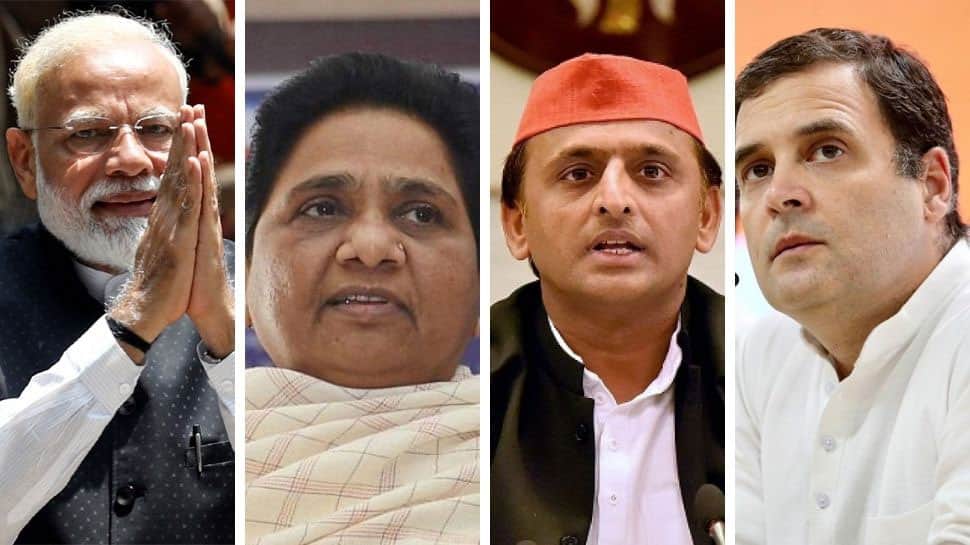 The Bahujan Samaj Party of Mayawati and the Akhilesh Yadav-led Samajwadi Party buried their over two-decade-long difference and joined hands in Uttar Pradesh ahead of Lok Sabha election 2019 with the sole objective of defeating the Bharatiya Janata Party (BJP).

The duo vowed to remove Narendra Modi as the Prime Minister of India. Congress too pulled out what it claimed was its trump card Priyanka Gandhi Vadra and pushed her into the hustle and bustle of Uttar Pradesh with the hope of reviving the party's fortunes.

But their target had several aces up his sleeves and all the political engineering by Mayawati and Akhilesh Yadav went for a toss as Modi, the face of BJP's Lok Sabha election campaign in Uttar Pradesh and across the country, swung into action. While the BJP-led NDA tally failed to reach the 73-seat mark of 2014 Lok Sabha election, the party put up a strong performance by registering almost yet another landslide in Uttar Pradesh winning 60 of the 80 seats in the state.

Modi broke his own record in the Varanasi Lok Sabha seat bypassing his 2014 winning margin. Against the 3,71,784 vote margin in 2014, Modi defeated his closest rival Samajwadi Party's Shalini Yadav by over 4,70,000 votes. Congress candidate Ajay Rai was nowhere in the picture and ended third, just like the 2014 election.

While it is all cheers for the BJP, the Congress has been left wanting for even a face-saver in Uttar Pradesh. In a major embarrassment to the party, Congress president Rahul Gandhi could not even save his Amethi Lok Sabha constituency. The BJP flag was unfurled in the Gandhi bastion by union minister Smriti Irani who made Rahul sweat it out till the very end before she snatched the seat away from him by a margin of over 55,000 votes.

The battle was a neck-and-neck in the initial rounds but Smriti Irani slowly increased the gap and Rahul conceded much before the official declaration of the result. The two leaders had been locked in a tough battle in the last election too, but Rahul was able to win by a margin of 1,07,903 votes. However, the loss in 2014 strengthened her resolve to fight back. She did it five years later, and how!

Of the two seats that the Congress won in 2014, it managed to retain just one in 2019. The party has been decimated in the state, with UPA chief Sonia Gandhi from Rae Bareli being the only candidate who managed to win her seat.

Despite all the calculations, the Mahagathbandhan’s final tally stood at 19, and the alliance failed to put up a strong fight in most of the seats.

The notable SP faces who won in UP are Akhilesh Yadav from Azamgarh, Mulayam Singh Yadav (Mainpuri) and Mohammad Azam Khan (Rampur). The notable losses from SP are Dimple Yadav from Kannauj and Akshay Yadav from Firozabad.