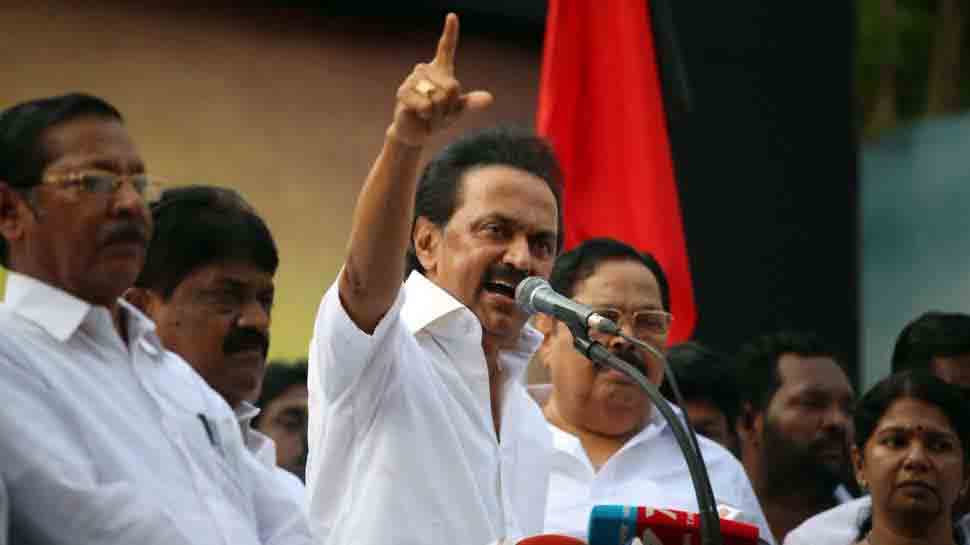 Chennai: The opposition DMK Friday announced the names of the constituencies the party and its allies will contest from in Tamil Nadu and Puducherry in the April 18 Lok Sabha elections.

DMK president MK Stalin released the list of constituencies allotted to the allies in the presence of coalition leaders, including TNCC chief KS Alagiri and MDMK's Vaiko, at the party headquarters here.

There are 39 Lok Sabha seats in Tamil Nadu and one in neighbouring Puducherry.

Addressing a press conference, Stalin said the DMK's 20 seats will include Chennai (North), Chennai (South), Chennai (Central), Tuticorin and Pollachi among others.

The Congress, which has been allotted the lion's share of seats among the allies, will contest from nine seats in the state, including Sivaganga, Tiruchirappally and Arani.

The national party will also fight from the lone seat in neighbouring Puducherry.

The CPI(M) has been allotted Coimbatore and Madurai, while the CPI will fight from Tirupur and Nagapattinam, a reserved constituency.

The pro-Dalit VCK has been given Villupuram and Chidambaram (SC) segments.

The Vaiko-led MDMK has been allotted the Erode constituency.

The IUML and The KMDK will field their nominees from Ramanathapuram and Namakkal, respectively, while the IJK has been allotted Perambalur, Stalin said.