During a rally in Barmer on April 21, PM Modi had said that India is no more afraid of nuclear threats of Pakistan. 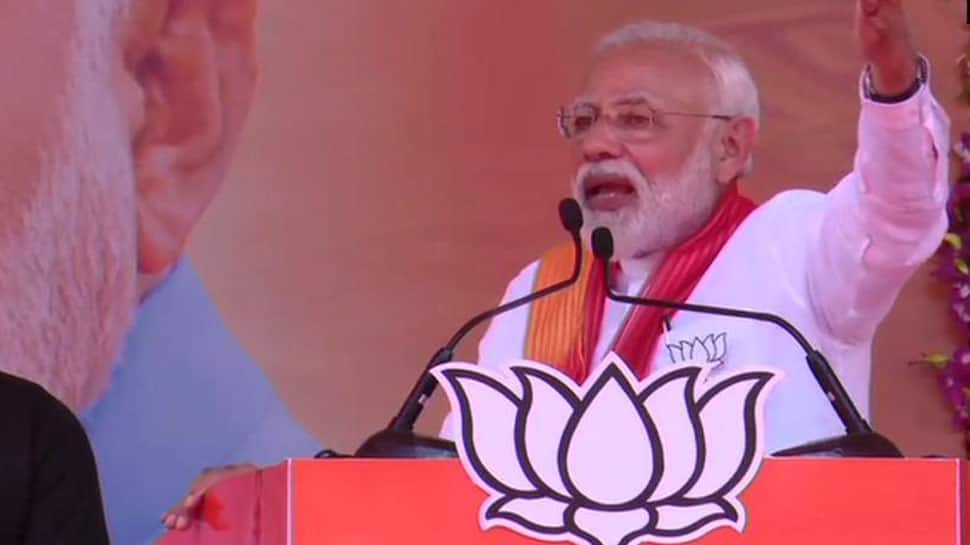 In a big relief to PM Narendra Modi, the Election Commission (EC) on Thursday gave him a clean chit on his 'nuclear button for Diwali' remark in Rajasthan. During a rally in Barmer on April 21, PM Modi had said that India is no more afraid of nuclear threats of Pakistan.

"Every other day they (Pakistan) used to say 'we have nuclear button'....What do we have then? Have we kept it (nuclear button) for Diwali?(Warna aay din nuclear button hai, ye kehte the. Hamare paas kya hai? Ye diwali ke liye rakha hai kya)?," news agency PTI had reported quoting PM Modi.

In an apparent reference to India's surgical strikes across the Line of Control (LoC) in PoK in September 2016 and its air strikes at a terror facility in Balakot in February this year, the PM had said Indian forces killed terrorists across the border without engaging in a war.

"This is called a strong government. We have created fear among terrorist," the PM had said. PM Modi had said his government trampled Pakistan's ego and "forced it to roam around the world with a begging bowl."

A day later, the Congress had moved the EC alleging that PM Modi had "brazenly" violated the Model Code of Conduct by invoking armed forces repeatedly in his poll campaign and demanded that a campaign ban be imposed on him for some time. A party delegation comprising senior leaders Kapil Sibal, Jairam Ramesh and Abhishek Manu Singhvi made several representations to the Election Commission (EC), including against Modi, citing at least 10 examples of the prime minister allegedly invoking armed forces and defence personnel for seeking votes.

However, on Thursday, the EC said that no such violation of the extant advisories/provisions has been attracted.

He had also said that India missed a "golden opportunity" during 1971 war to resolve Kashmir dispute by releasing hundreds of Pakistani troops from the Indian Army's custody "under global pressure".