Both  the leaders are contesting the Lok Sabha election from Madhya Pradesh's Bhopal constituency. 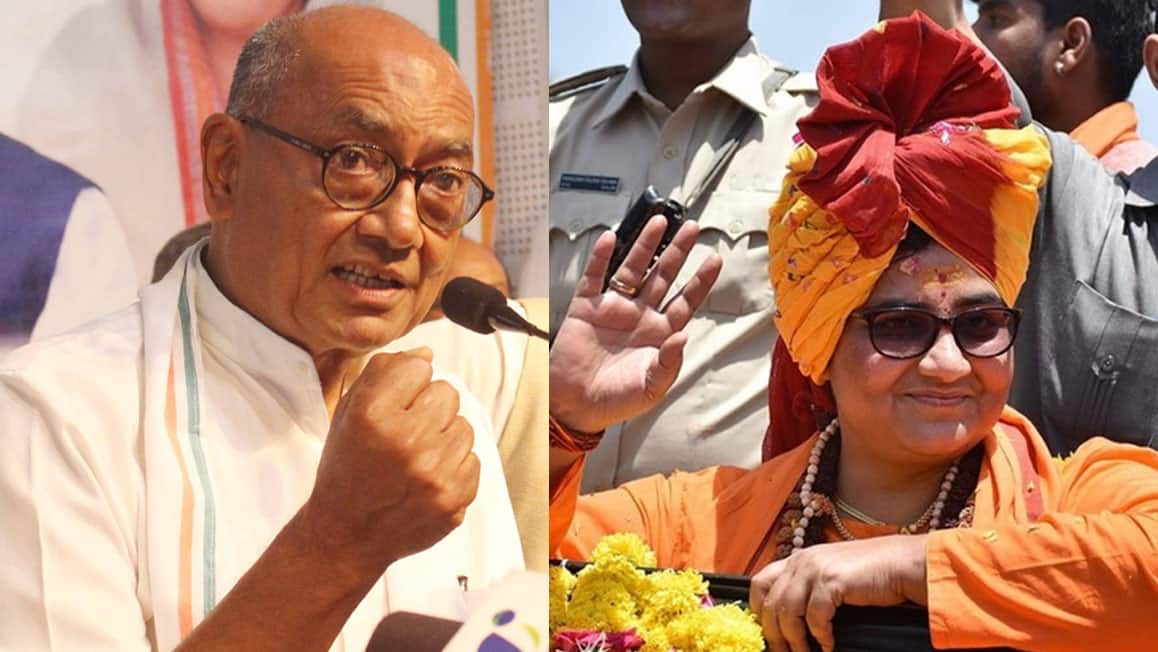 The Election Commission of India (ECI) served notices to Congress' Digvijaya Singh and his rival from the BJP, Sadhvi Pragya Singh Thakur, over alleged discrepancies in election expenditure. Both the leaders are contesting the Lok Sabha election from Madhya Pradesh's Bhopal constituency.

Both the candidates submitted election expenses which mismatched the poll panel's independent investigations. District Election Officer P Sudam Khade has sought a response from Singh and Thakur on the matter.

Submitting an account of election expenses to the poll panel, Singh claimed to have spent Rs 28,36,397 while Thakur spent Rs 13,56,307 till the sixth phase of Lok Sabha election on May 12.

Thakur says she rented coolers at Rs 100 per day to protect party workers from the summer heat. She also spent Rs 800 to 1200 on drums.

The poll panel issued notices on the expenditure presented by both the candidates and the expenses of their administration teams.

The EC had issued notices to Singh and Thakur over similar discrepancies in their election expenditure. Singh claimed to have spent Rs 21,30,136 till May 3. However, during verification, EC's special expenditure observer team found that Singh had spent Rs 39,47,674. Thakur, on the other hand, submitted an election expenditure of around Rs 6,27,663. However, the election panel put her poll expenses at Rs 13,51,756.