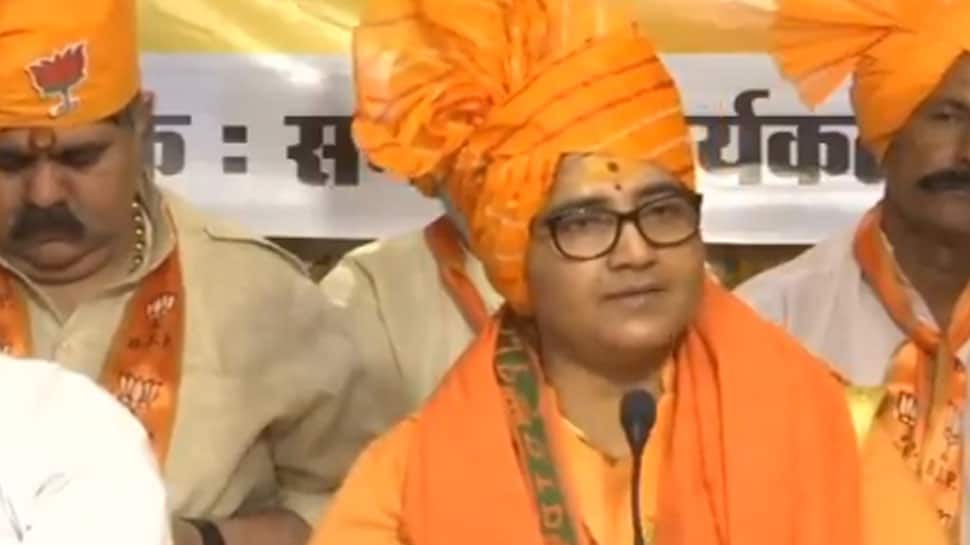 During an election campaign in Madhya Pradesh's Sehore on Thursday, Pragya Thakur had allegedly said that a sanyasi (ascetic) is needed to eliminate a “terrorist”. The EC has asked for a comprehensive report from the Collector on her statements.

The 48-year-old right-wing activist, an accused in the 2008 Malegaon blast case, has been in the eye of a storm after Bharatiya Janata Party fielded her from Bhopal constituency in the Lok Sabha election against Congress veteran and former Madhya Pradesh CM Digvijaya Singh.

A controversy broke out on her statement on former Maharashtra Anti-Terrorism Squad chief Hemant Karkare, who died in the 26/11 Mumbai terror attack. She allegedly claimed that Karkare died during the terror attacks as she "cursed" him for "torturing" her when he probed the blast case as chief of the Anti- Terrorism Squad (ATS).

Thakur also claimed that she was "proud" of her participation in the demolition of the Babri Masjid at Ayodhya in 1992 in an interview on television.

The EC has issued a show-cause notice to Thakur in both the cases.