The combined votes of the seven-phased 2019 Lok Sabha election will be counted on May 23. 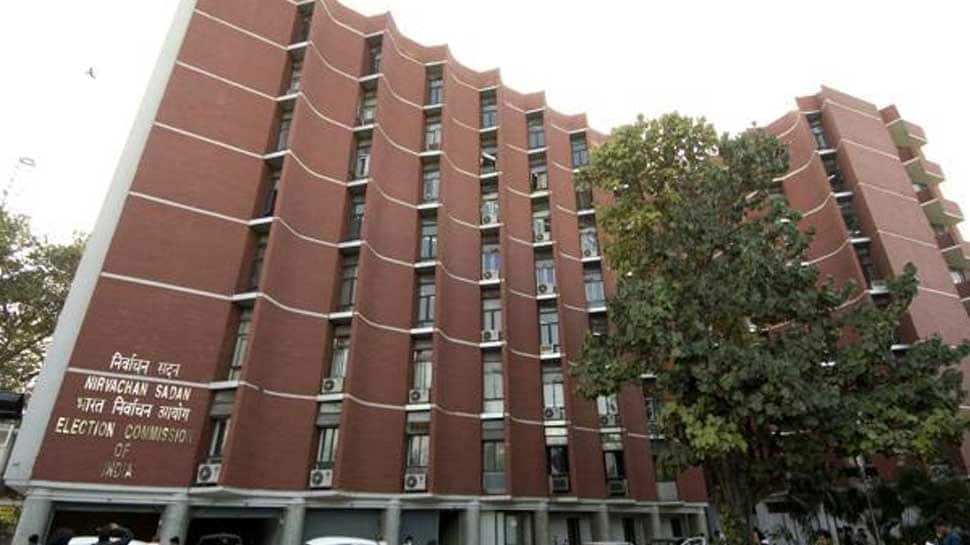 NEW DELHI: The Election Commission (ECI) is scheduled to meet on Monday to review preparations for the counting of votes for the seven-phase 2019 Lok Sabha elections on May 23.

With the voting for the sixth phase in 59 constituencies coming to an end on Sunday, the polling for the last and remaining phase of General Elections will be held on May 19.

The combined votes of the seven-phased 2019 Lok Sabha election will be counted on May 23.

Though polling for the last phase still remains, the poll panel officials will hold a crucial meeting on Monday to discuss and review preparations and arrangements made for the counting day.

In Monday's meeting, the poll panel officials are likely to take into account the recent Supreme Court observation asking the apex poll body to increase the Voter-Verified Paper Audit Trail (VVPAT) slips from one Electronic Voting Machine (EVM) per Assembly constituency to five.

On April 8, the Supreme Court observed that increase in the VVPAT verification "would be of greater satisfaction not only for the political parties but also for the entire electorate".

"This court would like to observe that neither the satisfaction of the Election Commission, which is a constitutional body, nor the system of EVMs, is being doubted," the apex court bench said.

The top court further said that it was not questioning the accuracy of election results, but the issue of satisfaction of the electorate.

It may be recalled that the leaders of as many as 21 opposition parties had filed a plea in the Supreme Court casting apprehensions over the vote counting process and the credibility of the EVMs.

In their plea, the opposition leaders had demanded that the VVPAT matching should be hiked to 50 per cent of EVMs per Assembly constituency.

The petitioners claimed that the Election Commission was conducting VVPAT matching for less than 0.44 per cent of EVMs in the country.

Arguing the case before the top court, senior lawyer Abhishek Manu Singhvi said that given the size of the Indian electorate, the allegations of tampering in some areas could not be ruled out.

However, the bench led by CJI Ranjan Gogoi rejected the opposition parties' arguments to have 33 per cent to 50 per cent votes verified.

It may also be recalled that the Election Commission had raised objections to increase in the number of verifications, saying that it would require extensive training of a large number senior civil servants and an increase in their number for the deployment.

The Election Commission had also said that increase in verification would delay the election results.

The increase in the VVPAT matching with EVMs in every assembly constituency is likely to delay the announcement the results of the 2019 Lok Sabha elections.

Monday's meeting of the Election Commission is expected to discuss the crucial observations made by the Supreme Court in response to the plea filed by the opposition parties.

So far, polling has been completed in 483 Lok Sabha seats across the country, and polling for the remaining 9 seats will be held on May 19. In the sixth phase, over 62 per cent estimated polling was recorded on Sunday.