In the fifth phase of Lok Sabha election 2019 on Monday, over 8 crore 75 lakh voters are eligible to exercise their franchise where 674 candidates are in the fray. 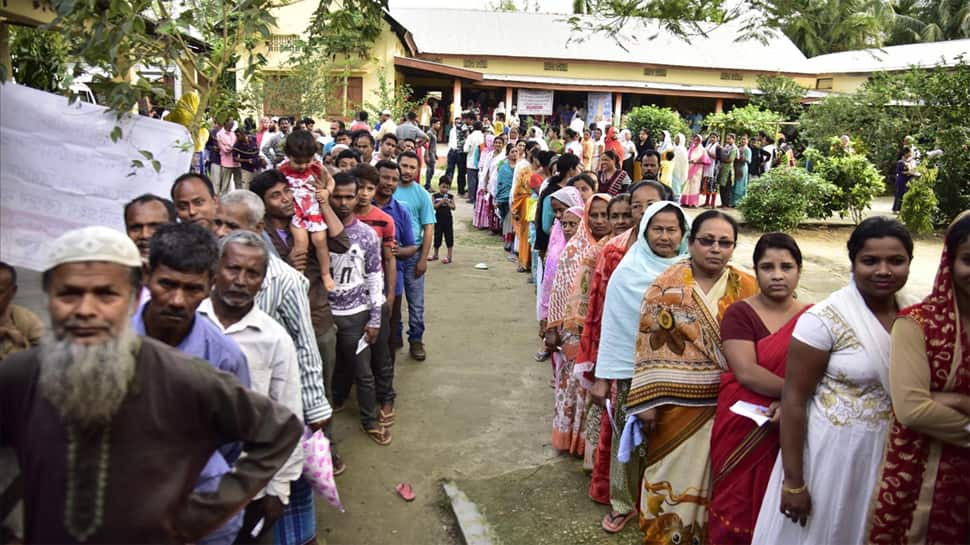 Voting in 51 constituencies in seven states will take place in the fifth phase of Lok Sabha election on May 6. Polling in the fifth phase is being held in 14 seats in Uttar Pradesh, 12 in Rajasthan, seven each in West Bengal and Madhya Pradesh, five in Bihar, four in Jharkhand and two seats in Jammu and Kashmir. The fate of several key leaders including Union ministers Rajnath Singh, Rajyavardhan Rathore, Smriti Irani, Jayant Sinha and Arjun Ram Meghwal and top Congress leaders Sonia and Rahul Gandhi will be sealed on Monday.

Over 8 crore 75 lakh voters are eligible to exercise their franchise on Monday where 674 candidates are in the fray. The Election Commission has set up over 96 thousand polling booths in place for smooth conduct of polls.

Top leaders have campaigned for their parties across the seven states which are going to polls on Monday. For the Bharatiya Janata Party (BJP), Prime Minister Narendra Modi led the party's campaign.

BJP chief Amit Shah, Rajnath Singh also held several rallies for the fifth phase. The Congress poll campaign was led by party president Rahul Gandhi and his sister Priyanka Gandhi Vadra. A host of other key leaders and Union ministers also canvassed for their party candidates in the past few days, undertaking whirlwind tours of constituencies.