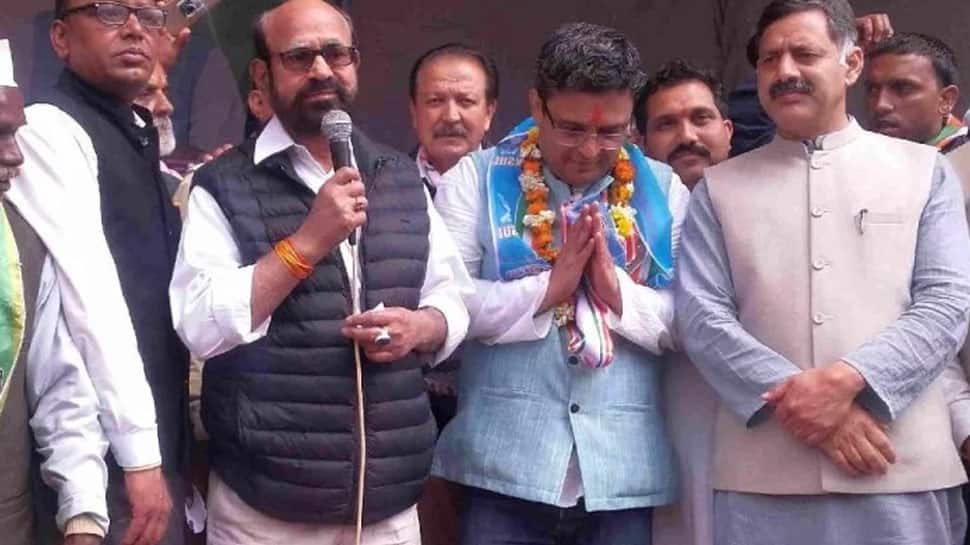 Garhwal is one of five parliamentary constituencies in the northern state of Uttarakhand.

The first phase of voting in five constituencies of Uttarakhand ended on April 11. The fate of nine candidates will be decided on May 23 when counting of votes takes place and the result is declared.

Here is the full list of candidates contesting the Lok Sabha election in 2019 from the Garhwal Lok Sabha constituency:-

Adding an interesting twist to the electoral contest here, the Congress party has fielded Manish Khanduri, son of former state CM BC Khanduri. Since BC Khanduri is an influential BJP leader in the state and his son contesting the 2019 Lok Sabha election on a Congress ticket could hit his image and that of his party. Former BJP Uttarakhand unit chief Tirath Singh Rawat, who is believed to be very close to the senior Khanduri, has been pitted against Congress party candidate Manish.

In 2014 Lok Sabha election, BC Khanduri registered a decisive victory against his Congress rival Harak Singh Rawat. Khanduri won by a margin of almost 1.85 lakh votes.

In 2009 Lok Sabha election, Congress candidate Satpal Maharaj had managed to wrest this seat with a margin of over 17,000 votes.