Narendra Modi has repeatedly said that there cannot be any compromise with India's peace, national security and territorial integrity - all of which have been targeted by Pakistan, either directly or indirectly, in the past several decades. 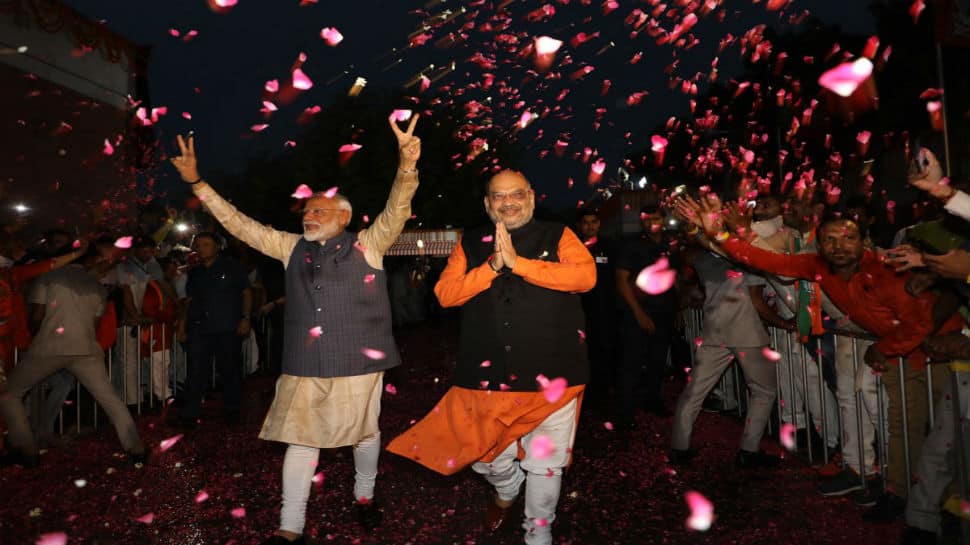 The awe of Bharatiya Janata Party's dominant win in Lok Sabha election 2019 was not just felt in India but reverberated all over the world. The echoes from the triumph were felt closest in the bordering country of Pakistan where the media mostly stuck to giving out statistical details of the record victory.

Pakistan, a country with a rather questionable democracy, has always kept a close watch on elections in India over the last several decades. The need to do so may have been amplified since Narendra Modi emerged at the national scene and made national security one of the biggest assurances of his government. In his first term in office, PM Modi showed a steely resolve in ensuring Pakistan's nefarious ways and intentions were countered through strong diplomacy and more.

PM Modi's emphatic win on Thursday is likely to heckle at the nerves across the border. Pakistani media reported on the day's development with caution even though some editorial once again attempted to undermine it. Dawn's main report was titled 'Modi wins second term by a landslide, pledges inclusive govt'. And while it largely chose to stick to reporting on the facts of the results, a separate editorial was a lot more scathing and menacing in its intentions. It appeared to question the political understanding of Indian masses and even claimed that anti-Muslim chants - an unfounded allegation - and anti-Pakistan sentiments aided BJP's dominance. "Now that elections are over, we hope that Mr Modi will rein in his rhetoric that had encouraged Hindu extremist groups to step up their intimidation of minorities," the Dawn editorial read.

Several other prominent media outlets in the country chose to source their main reports on Indian elections from foreign news agencies while plugging news on Indian Army killing dreaded terrorist Zakir Musa by the side. Geo, for example, termed Musa as a 'freedom fighter martyred by Indian forces.' This, however, is hardly the first time that Pakistani media outlets have termed terrorists targeting civilians in Jammu and Kashmir as heroes or tried to underplay Indian democracy's free, fair and peaceful ways.

And while Pakistan hardly has the best track record when it comes to democracy, Imran Khan - suspected to have been backed by Pakistan Army and ISI in his bid to be PM - chose to congratulate PM Narendra Modi and said he hoped for peace between the two countries.