In a first; Rashtriya Janata Dal fails to open its account in Bihar, Tejashwi Yadav's leadership under lens 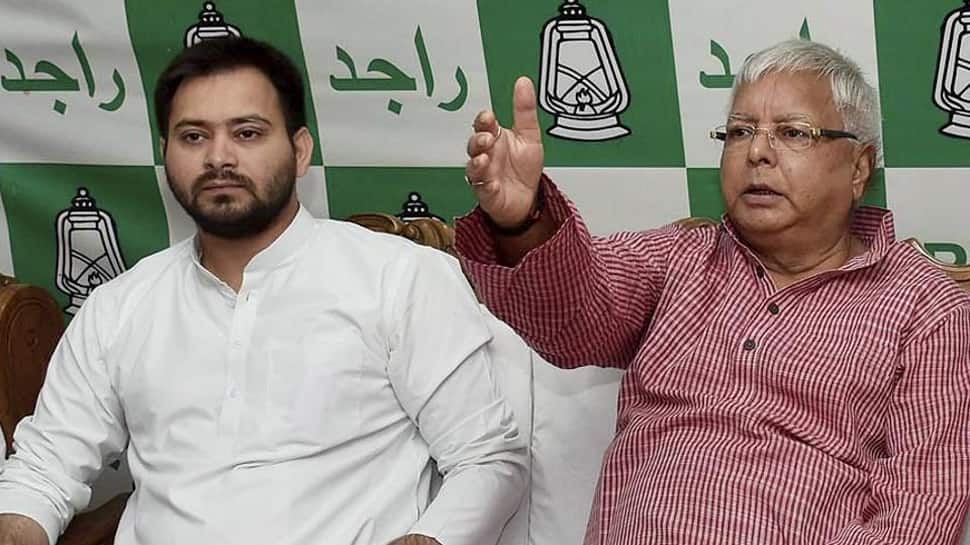 NEW DELHI: Rashtriya Janata Dal, led by Tejashwi Yadav in absence of its president Lalu Prasad Yadav, faced its worst defeat so far as the party failed to even open its account in Bihar. The trioka of Nitish Kumar, Ram Vilas Paswan and the BJP proved too strong for RJD, which despite entering into an alliance with Congress, RLSP, HAM and VIP drew a blank.

Bihar has a total of 40 seats, out of which BJP won 17 seats, Nitish Kumar's Janata Dal (United) won on 16 seats, and Lok Janashakti Party of Ram Vilas Paswan bagged six seats. On the other hand, RJD, RLSP, HAM and VIP drew a blank and the Congress managed to win only one seat. Tejashwi is widely seen as the political heir of Lalu and he has been leading the party since Lalu was sent behind bars after his conviction in corruption cases. Tejashwi,29, is regarded by many as a promising young leader who has the gumption to emerge as an astute politician. He rallied across Bihar in the run-up to Lok Sabha election and was quite active on social media too but the final result showed that all his efforts went in vain and he failed to bag enough number of votes for RJD.

The dismal performance of RJD has come at a time when the opposition has suffered a crushing defeat at the hands of Prime Minister Narendra Modi and BJP. Led by PM Modi, the BJP has succeeded in breaching the 300-mark in Lok Sabha on its own, which is an extraordinary performance by any standard. In 2014, the BJP had won 282 seats and it was expected that the party would not be able to repeat its performance of 2014 but PM Modi proved political experts wrong once again and helped the saffron party score a triple ton.

Questions will be raised over Tejashwi's leadership abilities and the RJD leader must keep this in mind that he is up against some wily politicians like Nitish Kumar and Sushil Modi in Bihar and they would not let go any opportunity to further weaken the RJD before 2020 Assembly elections. RJD's dismal showing in Lok Sabha election would allow BJP and JD(U) to further consolidate their position in the state and consign Tejashwi's party and his allies, including the Congress to the sidelines of Bihar politics.

RJD's performance in this election left political experts baffled because the party had managed to win four seats in 2014 at a time when Modi's charisma was at its peak. The poor show by the party shows that even Yadavs and Muslims, the traditional vote bank of RJD, did not vote for the party in full force. The only reason for this could be Nitish Kumar. There is no denying the fact that the Bihar CM enjoys a good popularity among Muslim voters and it is quite possible that the Muslims may have voted for him and not RJD this time. Tejashwi must need to analyse the reasons for his loss with an open mind and take corrective measures as soon as possible if he wants to take RJD out of the existential crisis, which is now staring him in the face.