Kurnool is one of 25 Lok Sabha constituencies in Andhra Pradesh and has been dominated by Congress in the past. 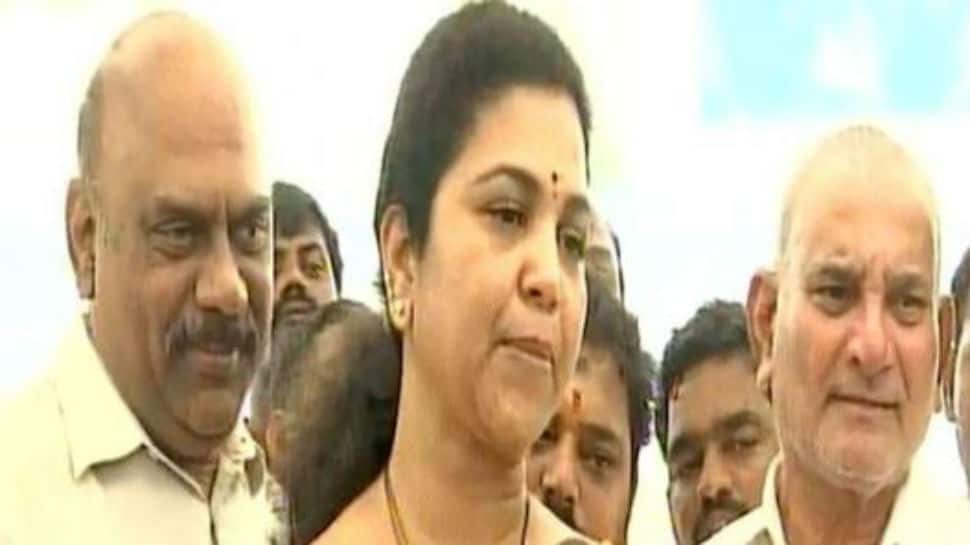 Butta Renuka won from Kurnool Lok Sabha constituency in 2014 but has since moved to TDP. (Photo: ANI)
Share:
Written By:

Kurnool is one of 25 Lok Sabha constituencies in Andhra Pradesh and has been dominated by Congress in the past. The first phase of voting in 25 constituencies of Andhra Pradesh ended on April 11 with over 80 per cent of the electorate exercising their franchise till midnight. The fate of 17 candidates contesting Kurnool will be decided on May 23 when counting of votes takes place and the result is declared.

The Kurnool parliamentary constituency saw Kotla Vijaya Bhaskara Reddy becoming MP on six separate occassions and was one of the main architects of Congress' performance here between the late 1970s till the late 1990s. Although Congress made way for TDP in the 1999 Lok Sabha election, the party was back with a bang in the 2004 and 2009 elections.

Butta Renuka, then with YSRCP, managed to secure a win in the 2014 Lok Sabha election by defeating TDP's BT Naidu by 44,131 votes. She has since moved over to TDP but recent reports suggest the party may not field her from Kurnool as it may be considering giving this seat to Kotla Suryaprakash Reddy, a former union minister who left Congress to join TDP.

In the 2014 Lok Sabha election, the voter turnout figure here was 72.08 per cent which was less than the overall state average of 74.47 per cent.