The Congress, which has won this seat only once in the past 30 years, has pitted former athlete and five-time legislator Ram Lal Thakur against former BCCI chief Anurag Thakur. 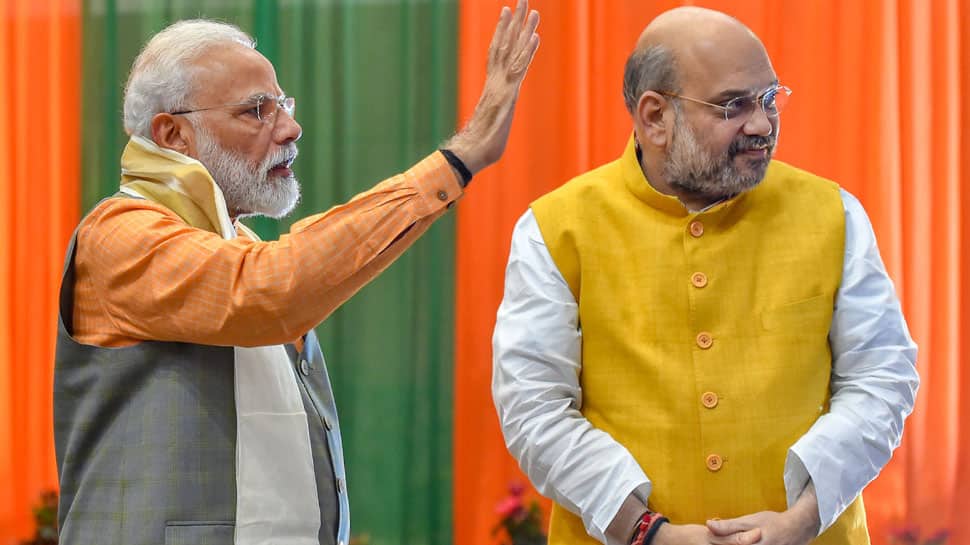 HAMIRPUR, Himachal Pradesh: It will be a litmus test for BJP`s three-time young MP and former president of the state and national cricket bodies Anurag Thakur, who has been facing stiff competition from the Congress to wrest his party`s bastion, the Hamirpur parliamentary constituency.

The Congress, which has won this seat only once in the past 30 years, has pitted former athlete and five-time legislator Ram Lal Thakur against former BCCI chief Anurag Thakur.

"For the past one year I am concentrating only in my constituency. I have throughout been in the constituency visiting various places and meeting people, except when there was parliament session where I recorded over 85 per cent attendance," Anurag Thakur, 44, who once headed the Bharatiya Janata Party (BJP) youth wing, Bharatiya Janata Yuva Morcha (BJYM), told IANS.

This constituency has been witnessing more aggressive campaigning than for the other three in the state - Shimla (reserved), Kangra and Mandi.

Popularly known as `Raja Saab`, Virbhadra Singh, who helmed six previous Congress governments, is leaving no stone unturned to wrest the seat from the BJP.

Likewise, his archrival and two-time BJP Chief Minister Prem Kumar Dhumal is devoting his maximum time and energy in the constituency to ensure a four-in-a-row for his son,

A cricket-related legal attack by the previous government against the Dhumal family has caught it on a sticky wicket, political observers say.

But Anurag Thakur - the party`s most flamboyant member of Parliament whose innings with the Board of Cricket for Control in India was fast and furious but short-lived, believes it to be case of clear political vendetta.

"During his earlier tenures as chief minister, he (Virbhadra Singh) did all to damage the HPCA (Himachal Pradesh Cricket Association). He even raised a parallel cricket association which failed. No law of the land has been violated by the HPCA. Cases against it were only political in nature and we came out clean from various courts," he said.

Often facing accusations also within the party of drawing mileage of dynastic politics - a practice more associated with the Congress, he said: "It is not in one`s hands to decide the family you are born in. My father (Prem Kumar Dhumal) has dedicated his life for the welfare of people of Himachal Pradesh and for this I am proud."

"It is the vendetta politics of the Congress that forced me to enter into politics," he added.

An MLA from the Naina Devi constituency, 67-year-old Ram Lal Thakur of the Congress could prove a political heavyweight against Anurag Thakur, political observers believe.

Erlier, the Congress was considering three-time BJP MP Suresh Chandel who was caught in a sting operation in the 2005 when he represented Hamirpur in the Lok Sabha.

But Chandel`s entry into the Congress was denied by party chief Rahul Gandhi to avoid sending out the signal that it "is banking on BJP rebels", a senior Congress leader told IANS.

Since his maiden victory in the parliamentary by-election in May 2008, Anurag Thakur, who was re-elected as HPCA president in 2016 for the fourth time in succession since 2000, has been targeted by the rivals for being high-profile and jet-setting, and for rubbing shoulders with the high and mighty, a political observer noted.

"Unlike his father, (Anurag) Thakur doesn`t command much influence in his home constituency Hamirpur. In fact, it was Dhumal who devoted his maximum time and energy in the constituency to ensure repeat of his son, third time in a row, in the last (2014) general elections," a senior state BJP leader told IANS.

But Anurag Thakur`s dedication to the cricket world took him on creating modern infrastructure in the small hill state.

Polling for all four Himachal Pradesh Lok Sabha seats will be on May 19.