Here are the highlights from all political developments on Wednesday, May 29: 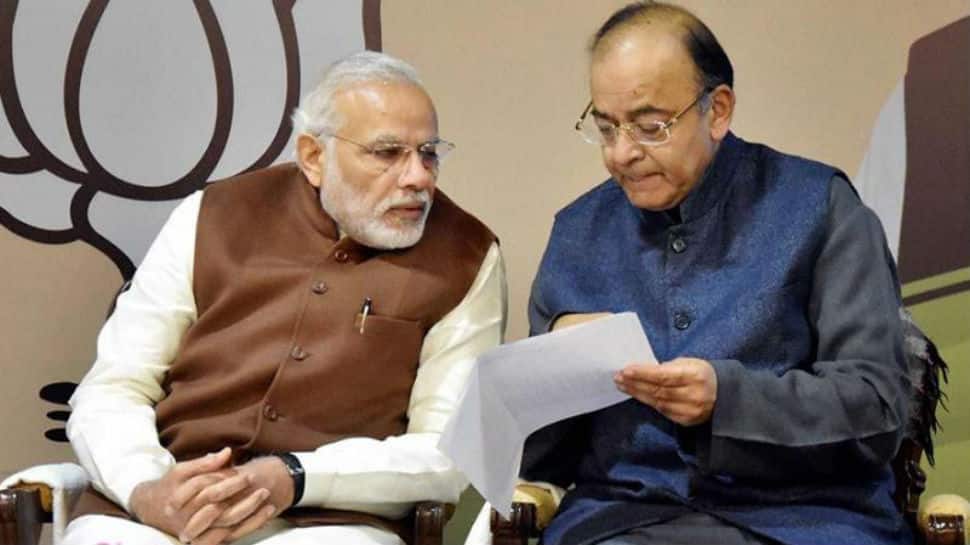 Even as the Bharatiya Janata Party and allies under the National Democratic Alliance prepared for the grand oath-taking ceremony, Congress remained in the news once again for trying to get Rahul Gandhi to reconsider his decision to step down as party chief. Both camps paint quite the contrary images in the aftermath of Lok Sabha election 2019.

Here are the highlights from all the political developments from Wednesday, a day before the oath ceremony in New Delhi:

* This is all that we have from Wednesday. Be sure to log on to Zeenews.com tomorrow morning again for what promises to be a grand day for all.

* Rashtrapati Bhavan is all set to host the oath ceremony in under 24 hours from now. A special menu has been prepared as over 8,000 guests - including four Presidents and three PMs - will attend the ceremony.

* PM Modi has reportedly asked Jaitley to reconsider his decision.

* PM Modi has reached the residence of Jaitley. He may ask the finance minister to remain in government.

* News agency ANI, quoting sources, reports that PM Modi may meet Arun Jaitley today and ask him to reconsider his decision to not be part of new government.

* President of Bangladesh Abdul Hamid arrives in Delhi. He is in the country to attend the oath-ceremony of Narendra Modi.

* Have told him his resignation would cause immense pain to us: Sheila Dikshit to reporters after meeting Rahul Gandhi.

* TMC MLA Manirul Islam joins BJP. He is the second MLA from the party to cross over in as many days. TMC's Gadadhar Hazra, Mohd Asif Iqbal and Nimai Das have also joined BJP.

* West Bengal CM Mamata Banerjee pulls out of PM Modi's swearing-in ceremony.  "The oath-taking ceremony is an august occasion to celebrate democracy, not one that should be devalued by any political party," she tweeted.

The oath-taking ceremony is an august occasion to celebrate democracy, not one that should be devalued by any political party pic.twitter.com/Mznq0xN11Q

* BJP MP and Amit Shah could be the next finance minister, say sources

*  Ending all speculations, Finance Minister Arun Jaitley Wednesday wrote to Prime Minister Narendra Modi saying he does not want to be a minister in the new BJP government due to health reasons.

"I have today written a letter to the Hon’ble Prime Minister, a copy of which I am releasing," he tweeted.

I have today written a letter to the Hon’ble Prime Minister, a copy of which I am releasing: pic.twitter.com/8GyVNDcpU7

* The Rashtriya Janata Dal (RJD) on Tuesday ruled out the possibility of Lalu Yadav's son Tejashwi giving up the reins of the party after RJD's dismal show in the recently concluded Lok Sabha election, sources said. It is to be noted that the RJD had failed to win even a single seat out of 40 at stake in Bihar. Read more

* In March 2019, before the seven-phased Lok Sabha election were about to begin, Time magazine had featured Prime Minister Narendra Modi on its cover and referred to him as 'India's Divider-in-Chief'. Months later, after election results gave a massive mandate to the Bharatiya Janata Party paving way for him to become India's prime minister fpr the second time, the magazine has yet again published another article. However, this time, the article heaps praises on Modi. Read more

* Bengaluru: Karnataka Congress Legislature Party (CLP) are meeting today amid reports of a rift between Congress and Janata Dal (Secular) alliance in the state. According to sources, top Congress leaders Ghulam Nabi Azad and KC Venugopal rushed to the state capital to diffuse the simmering tension in the coalition.

*  The Rajasthan Pradesh Congress Committee will meet on Wednesday at 2:30 pm at the state party headquarters. The meeting will be presided by the Rajasthan Congress chief Sachin Pilot, a party spokesperson said. All India Congress Committee (AICC) general secretary Avinash Pandey and Chief Minister Ashok Gehlot will also attend the meet.