Congress has never won the Bhopal Lok Sabha constituency since 1989. 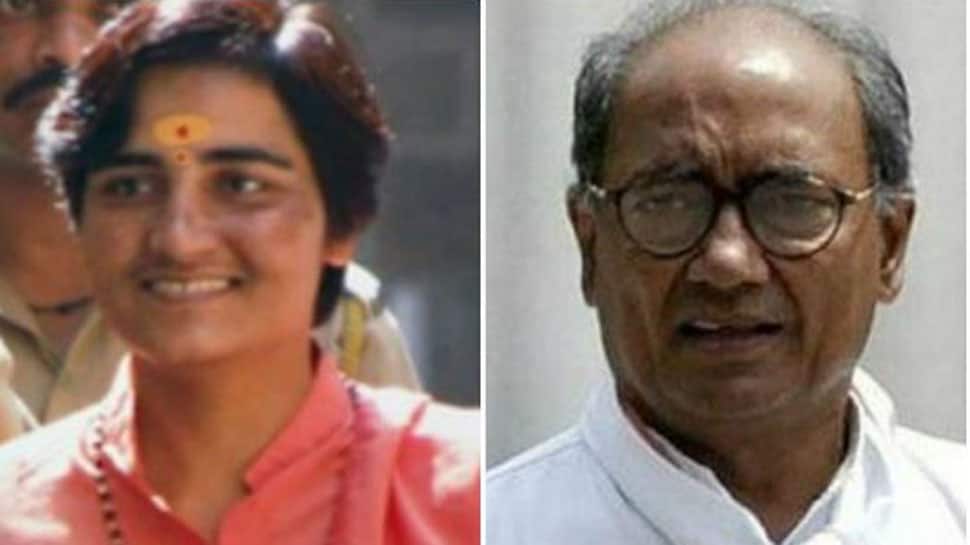 Immediately after her name was announced as BJP candidate from Bhopal, Sadhvi Pragya told mediapersons that she is ready for the electoral battle ahead. "I have already begun my work. We are absolutely ready."

Sources had already told Zee News a day earlier that Sadhvi Pragya could be BJP's choice for the Bhopal Lok Sabha constituency from where Congress has fielded Digvijaya Singh.

Speaking to Zee News previously, Sadhvi Pragya had said that she does not consider Digvijaya as a serious opponent and if she is chosen to fight him, it would be her honour. "I am a nationalist while he speaks against the nation," she had said.

Sadhvi Pragya - who faces charges in the Malegaon blast case although charges under MCOCA have been dropped by NIA - had also highlighted that she is a local of Bhopal and connects with the people here as she has been in the city since she was 16-year-old. (Read full report here)

History could favour BJP once again in the Bhopal Lok Sabha constituency where Conrgess has not won since 1989. In 2014, the seat was won by Alok Sanjar of BJP with a margin of 3.7 lakh votes. After Congress' decision to field Digvijay from here this year, BJP may have chosen Sadhvi Pragya due to her work with ABVP and connect at the ground-level.

Choose between enemies and guardians of India this election: Ramdev