As India awaits the second phase of Lok Sabha Election 2019 next week, several top political leaders are out in the field wooing voters and leading crucial election campaigns. 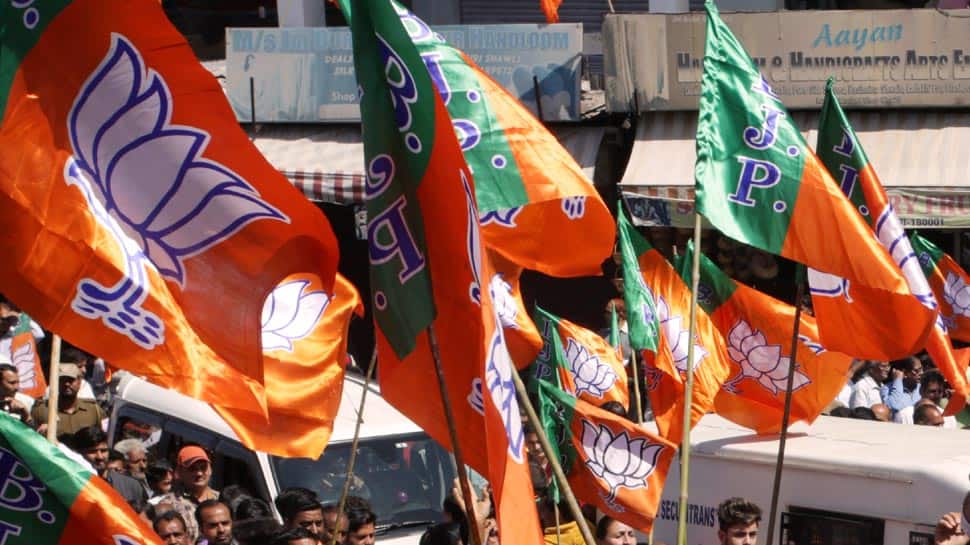 As India awaits the second phase of Lok Sabha Election 2019 next week, several top political leaders are out in the field wooing voters and leading crucial election campaigns. Prime Minister Narendra Modi has already addressed a rally in Tamil Nadu's Theni and will hold another rally at Ramanathapuram on Saturday, seeking votes for the AIADMK-led alliance. The BJP is part of the AIADMK-led alliance in Tamil Nadu.

Thanks for joining us. Please do come again on Sunday (April 14) for Lok Sabha live updates

Here are the highlights of Lok Sabha Election 2019:

* The BJP in Maharashtra wrote to state Chief Electoral Officer (CEO) seeking to know which Lok Sabha candidate would incur the cost of MNS president Raj Thackeray's ongoing political rallies. Senior BJP minister Vinod Tawde, on behalf of the Lok Sabha election committee of the party, said Thackeray has been holding political rallies across the state, despite the MNS not contesting the Lok Sabha elections. "The commission should clarify for whom the rallies are being conducted and which candidate will bear the expenses for his rallies," Tawde said in the letter.

* Congress and JDS are inspired by dynasty and we are inspired by nationalism. They find ways to benefit their family but we work hard to bring the marginalized to the mainstream. Their philosophy is a dynasty and our is Antyodya: PM Narendra Modi addressing a public meeting in Mangaluru, Karnataka.

* When I was coming here from the airport which was a long journey, I saw that not a human chain but a human wall is there on both the sides of the road. I thought if so many people are here,who will be there (at the rally). But the same number of people are here as well: PM Modi

* People of the country want to see Narendra Modi as their prime minister once again: Amit Shah in Shahjahanpur, Uttar Pradesh.

* Andhra Pradesh Chief Minister and TDP President N Chandrababu Naidu visited the Election Commission (EC) office in the national capital to complain the malfunctioning of Electronic Voting Machines (EVMs) during polling in the state on Thursday.

* PM Modi will hold a rally in Jammu and Kashmir's Kathua district on Sunday to canvass for Union Minister of State in the PMO Jitendra Singh, who is seeking re-election from Udhampur Lok Sabha seat where polling will be held in the second phase on April 18. Jitendra Singh is in direct contest with Congress' Vikramaditya Singh, the grandson of last ruler of the princely state of Jammu and Kashmir Maharaja Hari Singh and the son of Congress leader Karan Singh, in the seat. Read more.

* Who will do Nyay to governments of the great MGR Ji, which were dismissed by Congress just because one family didn't like those leaders? Who will do Nyay to victims of Bhopal Gas Tragedy, among the worst environment disasters in India. That too happened under Congress: PM Modi

* Some days ago DMK Supremo projected the 'naamdar' as the PM candidate when no one was ready to accept it, not even their 'mahamilawati' friends, Why? Because they all are in the line to be PM and dream of the pos: PM Modi in Tamil Nadu

* Prime Minister Narendra Modi in Theni, Tamil Nadu: Some days ago DMK Supremo projected the 'naamdar' as the PM candidate when no one was ready to accept it, not even their 'mahamilawati' friends, Why? Because they all are in the line to be PM and dream of the post. pic.twitter.com/8qptPjtZi6

* PM Modi in Theni: We observe today, the solemn occasion, of the completion of 100 years since the Jallianwala Bagh massacre. I pay my respects to the martyrs of this incident.

* Tamil Nadu CM in Theni: Congress which is a part of DMK led alliance here has announced Rahul Gandhi as PM candidate but its allies have not come out in open supporting his candidature. In our alliance all parties have accepted PM Modi as the PM candidate, this shows our unity.

"There should be repoll in Cooch Behar Lok Sabha seat. Several booths were rigged by the TMC as the security in these booths were provided by the state police. We wanted central forces to provide security cover," BJP state president Dilip Ghosh said.

Senior BJP leader Mukul Roy Friday visited the office of the Chief Electoral Officer in Kolkata staged a sit-in demonstration along with other BJP leaders to press for demands of repoll.
The BJP candidate of Cooch Behar seat Nishit Pramanik has claimed that at least 350 polling stations were rigged by the TMC.

*Concealing the identity of the beneficiary to conceal donors to the BJP? This is like Electoral Bonds: Legalising political corruption. #LootOfIndia https://t.co/NlBi0YbDIl

* Priyanka Gandhi hits out at BJP

Jallianwala Bagh remains a deep inspiration for all those who want a better and bright tomorrow for all Indians. The sacrifice of the martyrs of April 13, 1919 will never be forgotten. #JallianwalaBaghMassacre https://t.co/YjgHxj0TQW

* Security personnel on Friday exercised their democratic franchise by voting through postal ballot for Tripura East parliamentary constituency. These security personnel, who will be on duty on the poll day, cast their votes in advance.

* Congress President Rahul Gandhi will visit the Jallianwala Bagh National Memorial on Saturday morning to pay homage to hundreds of people, who were massacred by British forces on April 13, 1919. Rahul arrived in Amritsar on Friday night.  After arriving here, Rahul, accompanied by Chief Minister Amarinder Singh, paid a visit to Golden Temple complex where he offered prayers at the Akal Takht, the highest temporal seat of Sikh religion.

April 13 (Saturday) marks the 100th anniversary of the massacre, in which British forces led by Brigadier General Reginald Dyer opened fire on hundreds of unarmed, innocent Indians, including women and children, who were protesting peacefully against the oppressive Rowlatt Act of the British government.

* A delegation of the Bharatiya Janata Party (BJP) knocked the doors of the state Chief Electoral Officer (CEO) twice in last 24 hours alleging that Biju Janata Dal (BJD) supporters attacked the BJP workers in the state. "CM Patnaik has a fear to lose the election, BJD activists thrashed our leaders. We have filled the complaint but no action has been taken against these goons. We have demanded the EC to intervene in this matter," said Samir Mohanty, state Vice President, BJP. Mohanty further claimed that Patnaik and his party have become habitual in violating the Model Code of Conduct (MCC). On Thursday, a BJP delegation met the CEO and filed a complaint alleging the violation of Model Code of Conduct by Patnaik.

* "A former Jammu and Kashmir CM said there should be two PMs in India, one for J&K and other for rest of the country. I've given a warning, if a demand for 2 PMs is made in India then we have no other option but to repeal article 370 & 35A. If someone tries to break India, should they be forgiven? They say they will end the sedition law, to whom are they giving a signal? If our government comes to power we will make the sedition law even more stringent," Union Minister Rajnath Singh in Botad, Gujarat.

* Rajasthan man whose wedding got cancelled in wake of Pulwama terror attack, finally to get married. Read more

* A day after the Election Commission directed that all recorded programmes displayed on NaMo TV be pre-certified, the Delhi poll body has directed the BJP not to air any content on the platform without its certification, officials said. Read more

* The Congress party has accused the Trinamool Congress and its supremo West Bengal Chief Minister Mamata Banerjee for “resorting to cheap” and “unconstitutional” methods against opponents. The Darjeeling district administration on Friday denied permission for landing of Congress chief Rahul Gandhi's helicopter in Siliguri, who was scheduled to address a public meeting in the area on April 14. Read more

Robert Vadra sure of Rahul, Sonia Gandhi's victory from Amethi and Raebareli