The state government denied permission for landing of Congress chief Rahul Gandhi's helicopter in Siliguri, who was scheduled to address a public meeting in the area on April 14. 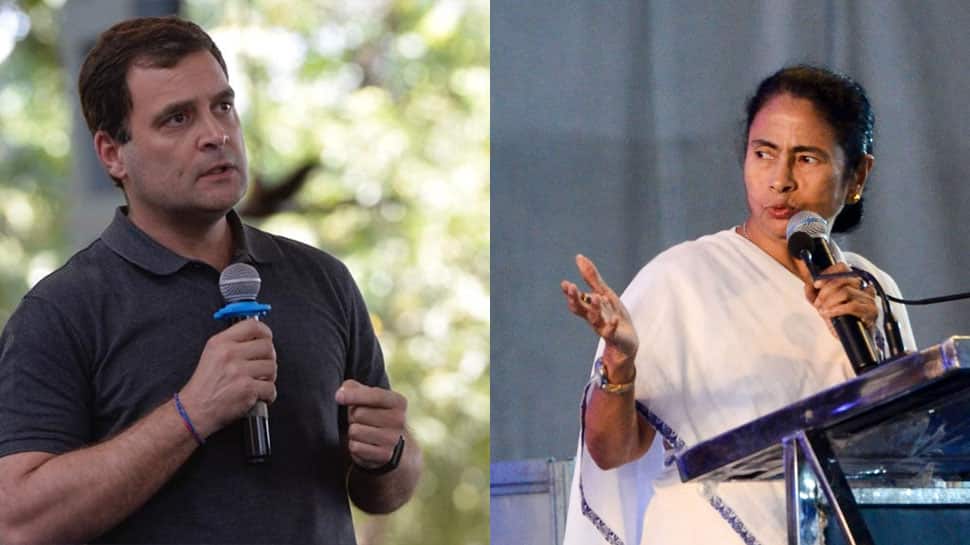 KOLKATA: The Congress party has accused the Trinamool Congress and its supremo West Bengal Chief Minister Mamata Banerjee for “resorting to cheap” and “unconstitutional” methods against opponents. The Darjeeling district administration on Friday denied permission for landing of Congress chief Rahul Gandhi's helicopter in Siliguri, who was scheduled to address a public meeting in the area on April 14.

“Such disdain shown by the local administration towards our party president as well as star campaigner Rahul Gandhi clearly shows that the Trinamool and its Supremo is scared and resorting to such cheap and unconstitutional methods against her opponents,” said senior Congress leader and party`s Darjeeling Lok Sabha candidate Shankar Malakar.

“Due permission was sought via the official app, for a program of Congress President Rahul Gandhi, but permission was denied for his helicopter to land on the April 14, even when the permission for the actual venue of the meet was already given on April 7th," he told ANI.

As of now, no new dates had been obtained for Rahul Gandhi`s rally in Darjeeling, where the polling is set to take place on April 18.

It is not easy to reschedule visit of a SPG protected leader, said  Malakar

Siliguri Police Commissioner BL Meena confirmed that the Congress had sought permission for landing a helicopter at police ground which was denied. “We had denied permission for that specific ground. There are some rules due to which it was not allowed. But they didn't come up with any alternative venue," Meena said.

The Bengal Government has allowed the party leader to take road routes to Siliguri but they were not allowed a direct landing in the area.

The development comes months after the Trinamool-led state government blocked BJP chief Amit Shah's chopper from landing at Jhargram in January this year, just ahead of his key rally in the region.

While Malakar claimed that papers for Rahul's chopper landing were submitted on time, sources in the party indicated that not all members of state's party unit were aware of Rahul's rally in Siliguri.

“I can't say whether or not a rally is going to be held. Please don't ask me this question,” said state Congress president Somen Mitra.

The seven-phased Lok Sabha election will end on May 19. The result will be announced on May 23.