Lok Sabha election 2019 updates: PM Narendra Modi hits out at Mamata, says 'your 40 MLAs will desert you after May 23'

Political parties continued with their high-octave electioneering across the country on Monday as eight states voted today in the fourth phase of the Lok Sabha election.

Political parties continued with their high-octave electioneering across the country on Monday as eight states voted today in the fourth phase of the Lok Sabha election.

Congress president Rahul Gandhi addressed a public meeting in Rajasthan's Dholpur. This was Gandhi's second visit to the town after taking charge as the Congress chief in December 2017.

Thank you for joining us. Do come back again on April 30 (Tuesday) for live updates on Lok Sabha election. Meanwhile, here are the updates from April 29 (Monday):

* Sunny Deol, who is BJP's candidate from Gurudaspur, declares assets worth Rs 87.18 crore.

* Didi wishes to send me Rasgullas made of the soil and stones of West Bengal.

It would be my honour to have such Rasgullas, that have the taste of such a great and brave land. pic.twitter.com/XmdmbseJ7m — Chowkidar Narendra Modi (@narendramodi) April 29, 2019 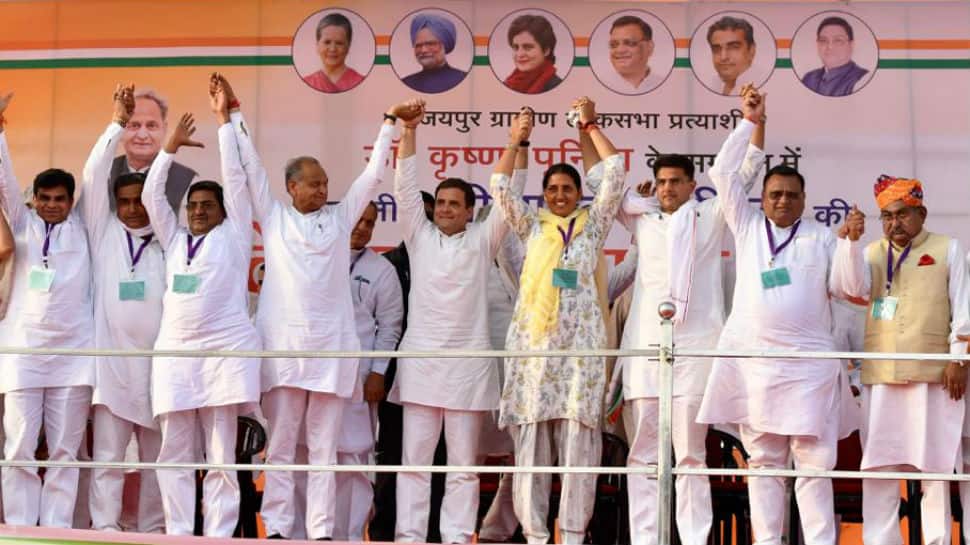 * Babul Supriyo, BJP candidate from Asansol, filed a counter complaint against Election Commission's FIR and said that he did not violate any rules at the polling booth.

* SP changes candidate from Varanasi LS Constituency; gives ticket to Tej Bahadur Yadav (BSF constable who was dismissed from service after he had released video last year on quality of food served to soldiers). Earlier, SP's Shalini Yadav had filed her nomination from Varanasi. pic.twitter.com/OihDeRt6bh 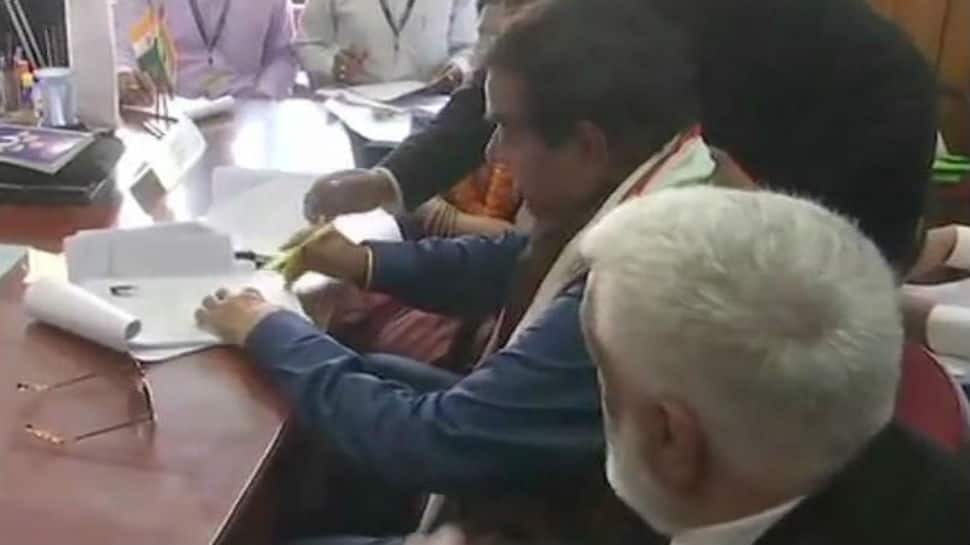 * PM Narendra Modi hits out at Mamata as violence mars polling in West Bengal, says 'Didi's MLAs are in touch with me. They will leave her side after May 23'.

* Trinamool Congress write to Election Commission alleging, "Illegal action of central forces and violation of MCC by BJP candidates" in West Bengal. "There were various instances where on instructions of BJP leaders, central forces acted in a manner which is not conducive to free and fair elections in West Bengal," read the letter.

TMC in a letter to EC over alleged "Illegal action of central forces & violation of MCC by BJP candidates" in West Bengal: There were various instances where on instructions of BJP leaders, Central Forces acted in a manner which is not conducive to free & fair elections in WB. pic.twitter.com/aixme1SjJd — ANI (@ANI) April 29, 2019

* Amid reports of violence during fourth phase of polling in West Bengal, the BJP approached the Election Commission complaining that TMC workers have "hijacked democracy in the state" and again demanded deployment of central forces in all polling booths there.

* BJP President Amit Shah accused the opposition alliance of giving tickets to "bahubalis" (muslcemen) in Uttar Pradesh but said their presence would have no impact now as the Yogi Adityanath government hangs them upside down.

* NCP chief Sharad Pawar pitched for a stable government at the Centre and urged citizens to come out in large numbers to cast their votes as he exercised his democratic right in Mumbai. "Today is an important day for the country. It is required that a stable government is formed. It is expected that Mumbaikars will not lag behind, and will exercise their voting right by coming out in large numbers and voting decisively," Pawar tweeted in Marathi.

* The district polls authorities said a factual report has been submitted to the Election Commission following allegations by the Congress that Prime Minister Narendra Modi during his speech at a rally here had "brazenly" violated the poll code by repeatedly invoking the armed forces.

* Prime Minister Narendra Modi on Monday cautioned first-time voters against the 'mission mahamilavat', asserting that the opposition's grand alliance does not want a government with an absolute majority.

* Rahul Gandhi promised to give government jobs to 22 lakh youths in one year, recruit 10 lakh youths in panchayats and said no farmer will be jailed for not repaying loan, if voted to power.

* Narendra Modi introduced demonetisation and then brought in 'Gabbar Singh Tax' which impacted the economy and gave rise to unemployment. The 'Nyay' scheme will revive the economy hit by demonetisation: Rahul Gandhi.

"For a prosperous and powerful India, for a strong and decision-making government, to fulfil a dream, make sure you go out of your home and vote. Hope you remember, first vote and then refreshment."

"The mercury during summer is high, take care of yourself, but do vote. The government is formed by every one vote," CM said in a series of tweets.

* I request everyone to vote, please vote for your future sensibly, says Urmila Matondkar, the Congress candidate from Mumbai North

* PM Narendra Modi urges voters to cast their ballots and break polling records of the previous three phases in this fourth phase of the Lok Sabha elections.

Punjab: Actor and BJP candidate from Gurdaspur, Sunny Deol, offers prayers at the Golden Temple in Amritsar. He will file his nomination for #LokSabhaElections2019 today. pic.twitter.com/wBddufSMNv

Deol will file his nomination from Gurdaspur parliamentary constituency today.

* * BJP leader and former Chief Minister of Karnataka J Shettar alleged that the HD Kumaraswamy cabinet, which passed a resolution on Nava Bengaluru scheme, has allocated the project to Karnataka Rural Infrastructure Development Limited (KRIDL) without a tender, thus violating the poll code.