Maneka Gandhi had said that the 'ABCD' formula will be used to categorise villages where BJP will carry out development work as per the votes they get from those villages. 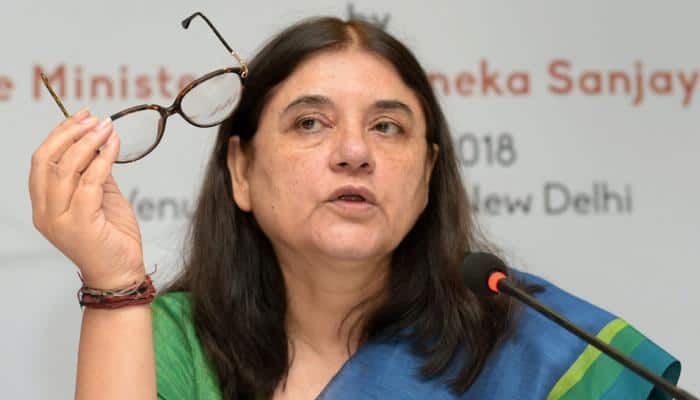 New Delhi: The Election Commission on Monday warned Union Minister Maneka Gandhi over her 'ABCD' formula remark made in Sultanpur earlier this month and said that the poll body "strongly condemns" her statement.

"Based on the available evidence and material facts in the matter before EC, hereby, strongly condemns the impugned statements made by her on April 14 at Sultanpur's Sarkoda village and warns her not to repeat such misconduct in future," read the letter.

While campaigning in Pilibhit, the Union Minister had said that the 'ABCD' formula will be used to categorise villages where BJP will carry out development work as per the votes they get from those villages.

"The development work first happens in all A category villages. After work at A category regions is done, then comes B and only after work in B is done, we start with C. So this is up to you whether you make it to A, B or C and no one should come in D because we all have come here to do good," she had further added.

A day before Maneka made the statement, she had courted controversy asking Muslims in Sultanpur to vote for her or else she would not fulfill their requests.

Maneka is fighting the Lok Sabha election from Sultanpur, a seat won by her son Varun Gandhi in 2014. Varun, on the other hand, is contesting from his mother's seat Pilibhit.