"Why has EC not taken action against Amit Shah and BJP for violence in Kolkata? Why have central forces been sent only to West Bengal? It is because Modi is scared of me, because I am challenging him." 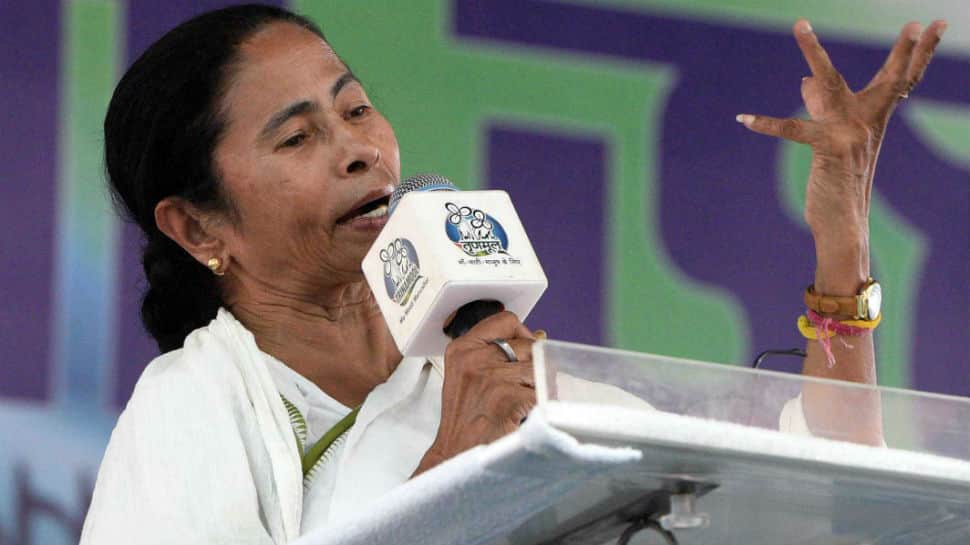 Kolkata: Barely hours after the Election Commission of India cut campaigning time in West Bengal by 24 hours due to violence in the state, a belligerent Mamata Banerjee questioned the decision and termed it a ploy of the Bharatiya Janata Party. She then termed ECI officials as RSS members.

The TMC chief then bared fangs at EC, asking why it had not taken action against Amit Shah and BJP workers for violence in Kolkata on Wednesday. "I have never seen an Election Commission like this. They can send me a show-cause notice for saying this but I am ready for 50 show-cause notices because I have to uphold Bangla honour. They cannot use Article 324 here because there is no law and order problem. It is unethical, unconstitutional. The violence in Kolkata on Tuesday? Who did it? BJP did, Amit Shah did. EC has RSS men," she said. "I even sent video clips of BJP workers indulging in violence to EC but EC never consulted the state government. What's next? Will President's Rule be imposed? Are you going to declare Emergency in West Bengal?"

Claiming that PM Modi was using his might to influence EC, Mamata also said that he is afraid of her challenge.  "Why have central forces been sent only to West Bengal? It is because Modi is scared of me, because I am challenging him. He is now using EC to try to make us bow down but we won't," she said while urging people to snub BJP when they come out to vote on Sunday.

The EC had said earlier on Wednesday evening had said it is 'deeply anguished by the repetition of lawlessness' and had removed ADG CID Rajeev Kumar and Home Secretary Atri Bhattacharya. It also directed Rajeev Kumar to present himself before the Home Ministry by 10 am on Thursday.

The intense battle between TMC and BJP this election season has only intensified since violence marred Shah's roadshow in Kolkata on Tuesday. While BJP has blamed TMC for it, the TMC says BJP supporters broke Vidyasagar's statue and indulged in violence.

The verbal duel between the two leaders and the tensions at the ground level could further rise in the days leading up to Sunday when 59 parliamentary constituencies vote in the final phase of Lok Sabha election 2019. Of these, nine are in West Bengal, a state that has witnessed poll-related violence in each of the previous six phases.