Mamata Banerjee takes a dig at PM Modi: Will be happy if 56-inch becomes 112-inch

Earlier in the day, PM Modi had said West Bengal under Banerjee was known for 'triple T -- Trinamool, Tolabaazi, Tax'. 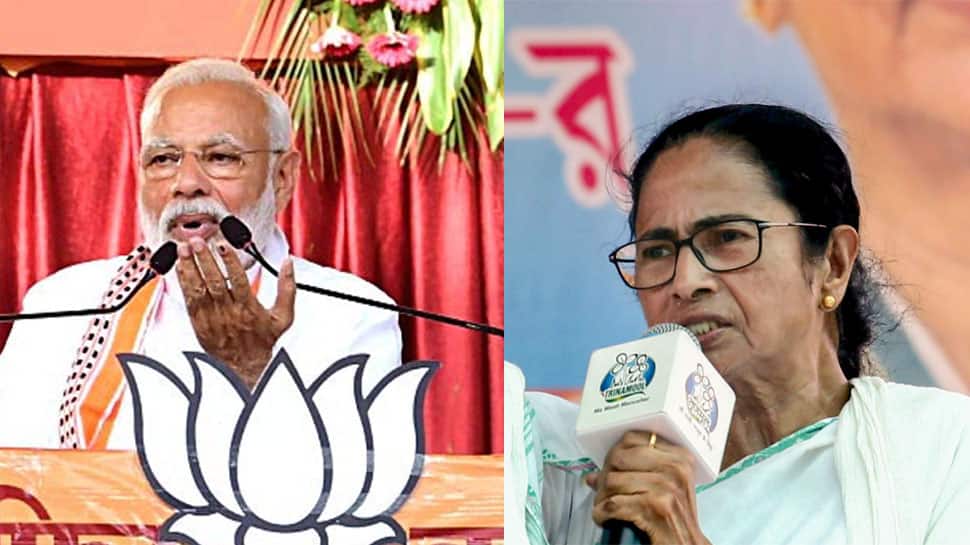 Kotulpur (WB): Mamata Banerjee, one of the most strident critics of Prime Minister Narendra Modi, said Monday she wishes his fabled 56-inch chest doubles to 112 inches as she wants everybody to be in good health.

"He has a good figure, I want it to get better; I will be happy if 56-inch becomes 112-inch. I want everybody to be in good health," she told an election rally here with a deadpan expression on her face.

Known for pulling no punches against her political adversaries, least of all Modi, the West Bengal chief minister soon set aside the apparent nicety.

"But he is cunning enough to know that drinking tea that has been repeatedly boiled is bad for health. He is not offering tea in claypot anymore," Banerjee said, referring to Modi's 'chaiwala' background here in Bishnupur Lok Sabha constituency.

"So now he has given up being a chaiwala and has become a chowkidar," the caustic TMC supremo said.

Banerjee emphasised on her party's secular credentials, saying the TMC stands for "Temple, Mosque and Church".

Earlier in the day, Modi had said West Bengal under Banerjee was known for "triple T -- Trinamool, Tolabaazi, Tax". Tolabaazi is a term used in the local parlance to describe organised extortion.

She said before accusing the TMC of engaging in 'Tolabaazi', the prime minister should make public "how much money he earned from demonetisation".

Banerjee alleged the Modi government's tenure was replete with instances of corruption, including in the Rafale fighter jet deal.

She claimed nobody could speak freely against Modi for fear of CBI and Income Tax raids.