President Kovind will administer the oath of office and secrecy to the Prime Minister and other members of the Union Council of Ministers at 7 pm on May 30, 2019, at Rashtrapati Bhavan in the national capital. 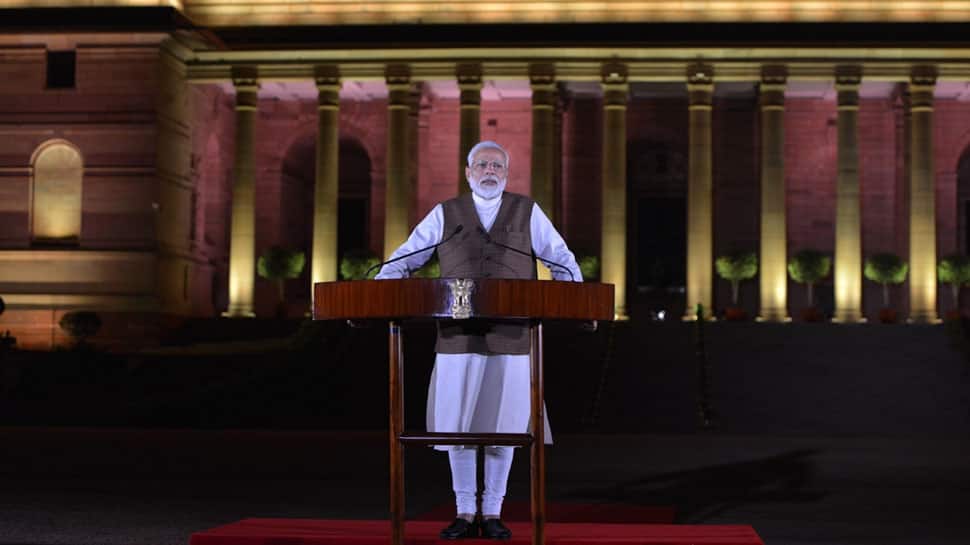 Prime Minister Narendra Modi will take the oath of office on Thursday, May 30 2019, the Rashtrapati Bhavan announced on Sunday evening. President Ram Nath Kovind will administer the oath of office and secrecy to the Prime Minister and other members of the Union Council of Ministers at 7 pm on May 30, 2019, at Rashtrapati Bhavan in the national capital.

The President will administer the oath of office and secrecy to the Prime Minister and other members of the Union Council of Ministers at 7 pm on May 30, 2019, at Rashrapati Bhavan

On Saturday, President Ram Nath Kovind appointed Narendra Modi to the office of the Prime Minister and asked him to decide the council of ministers, according to a communique issued by the Rashtrapati Bhavan. The President also asked PM Modi to determine the date and time of the swearing-in-ceremony which will be held at the Rashtrapati Bhavan in the national capital.

"Exercising powers vested in him under Article 75 (1) of the Constitution of India, the President, Shri Ram Nath Kovind, today appointed Shri Narendra Modi to the office of Prime Minister of India. He requested Shri Modi to: i.)  advise him about the names of others to be appointed members of the Union Council of Ministers; and ii.) indicate the date and time of the swearing-in-ceremony to be held at Rashtrapati Bhavan," read the press release.

"Shri Modi was formally intimated when he called on the President at Rashtrapati Bhavan today in his capacity as leader of the BJP Parliamentary Party, which has majority support in the House of the People following the general election to the 17th Lok Sabha," further read the statement.

A delegation of the National Democratic Alliance (NDA) led by BJP president Amit Shah, and comprising of Prakash Singh Badal, Rajnath Singh, Nitish Kumar, Ram Vilas Paswan, Sushma Swaraj, Uddhav Thackeray, Nitin Gadkari, K Palaniswami, Conrad Sangma and Neiphiu Rio, called on the President at the Rashtrapati Bhavan.  A letter stating that PM Modi has been elected leader of the BJP Parliamentary party was handed over to him. Letters of support from NDA constituent parties were also handed over to the President.

After the meeting, PM Modi speaking to the press had said, "President appointed me PM-elect and asked me to form the new government. A lot of opportunities exist for India and the government will work to make full use of them and not rest for a moment. I want to assure people the new government will not leave any stone unturned to fulfil their aspirations."

PM Modi bowed before the Constitution before starting his address at the NDA parliamentary meeting in the national capital. In the meeting he was formally elected as the leader of the National Democratic Alliance (NDA) alliance, unanimously, by all the newly elected 353 parliamentarians, senior party and alliance leaders. The Bharatiya Janata Party (BJP) won 303 seats and its alliance partners in the NDA won 50 more in the just-concluded Lok Sabha election. PM Modi thanked all the party and alliance leaders for electing him as their leader.