Rahul offers to quit after as Congress chief after Lok Sabha election debacle, party reposes faith in him yet again

Congress Working Committee told Rahul that the party needs his leadership and guidance in these unfavourable and challenging circumstances. 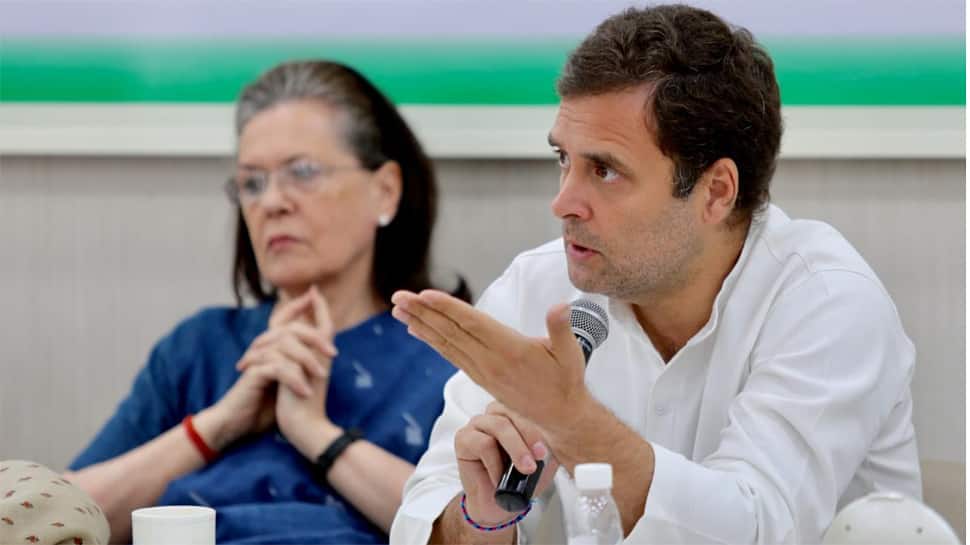 NEW DELHI: Congress President Rahul Gandhi offered to resign as the Congress president on Saturday but his proposal was unanimously rejected at the Congress Working Committee meeting in Delhi. Addressing a press conference, party spokesperson Randeep Surjewala said that the committee called told the Congress President that the party needs his leadership and guidance in unfavourable and challenging circumstances.

The Congress also said that it accepts the 2019 Lok Sabha election results with 'utmost humility' and expressed gratitude to the 12.13 crore voters who have stood behind the Congress party. "The Congress party is committed to dawn the role of a constructive opposition, raising people's issues and holding the government accountable to people of India," Surjewala said.

"The CWC commends the tireless efforts of the Congress President, office bearers, leaders, party workers, volunteers and Congress candidates, who toiled day and night to fight this vigorous battle in most challenging circumstances. The CWC also thanks all our allies and their respective leadership, who joined hands with the Congress party to fight this ideological battle," the party said in a statement after the working committee meeting.

"Congress party has lost the election but our indomitable courage, our fighting spirit and commitment to our ideology remains stronger than ever. We shall continue its fight against forces that thrive on hatred and division," the party said. The party also vowed that it will continue to play a constructive role to overcome the 'serious challenges' that the country faces.