No problem, we are ready: MP CM Kamal Nath on BJP's demand for floor test in assembly

The BJP has written to MP Governor demanding a floor test in the state assembly. 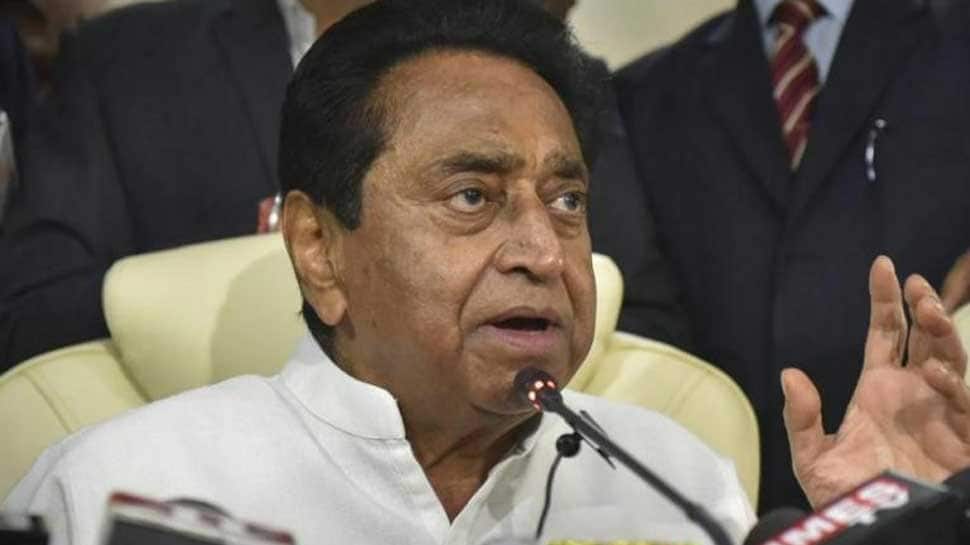 BHOPAL: Madhya Pradesh Chief Minister Kamal Nath on Monday said that his government is ready for floor test after BJP - the main opposition party – asked him to prove majority on the floor of the state assembly.

The MP CM also accused BJP of a foul play ever since the day Congress government was formed in the state.

''They (BJP) have been trying this since day 1. I have proved the majority at least four times in the last 5 months. They want to do it again, we have no problem. They'll try their best to disturb present govt to save themselves from getting exposed. The govt is ready for a floor test,'' Kamal Nath said

MP CM Kamal Nath: They (BJP) have been trying this since day 1,have proved majority at least 4 times in last 5 months.They want to do it again, we have no problem.They'll try their best to disturb present govt to save themselves from getting exposed. Govt is ready for floor test. pic.twitter.com/rcVjU3B4HM

The reaction from the MP CM came after the BJP wrote a letter to Madhya Pradesh Governor Anandiben Patel requesting that an assembly session be convened to discuss a 'lot of impending issues'.

Leader of the Opposition in the Madhya Pradesh Assembly Gopal Bhargava said that the time is up for the MP government led by Chief Minister Kamal Nath.

"We are sending a letter to Governor requesting an assembly session as there are a lot of issues. I don't believe in horse-trading but I feel its time has come and it will have to go soon," he said while speaking to news agency ANI.

The BJP has been mounting pressure on the MP government after the exit polls on Sunday predicted a sweep for the BJP at the Centre and a drop in Congress numbers in Madhya Pradesh in the Lok Sabha election, the results for which will be declared on 23 May.

"The Congress will get just 2-3 seat in Madhya Pradesh. The BJP will get a majority and the Modi government will be formed. The voters made up their mind to take revenge for BJP's defeat in the Assembly elections and has voted for it in large numbers," Bhargava was quoted as saying by news agency IANS.

He also added that the exit polls have proved that people's faith in Prime Minister Modi was intact.

However, Kamal Nath has dismissed the exit poll results, exuding confidence that the votes of the Congress will increase.

"The seats of the Congress will increase and people will realise the reality of the BJP's slogans and 'jumlas' on May 23," he tweeted in Hindi.

The Congress had won the Madhya Pradesh Assembly election in 2018 by a narrow margin. The Kamal Nath led the party in the state had won 114 seats while the BJP won 109 seats. The Congress government is supported by the Bahujan Samaj Party, the Samajwadi Party and the Independent MLAs in the state.