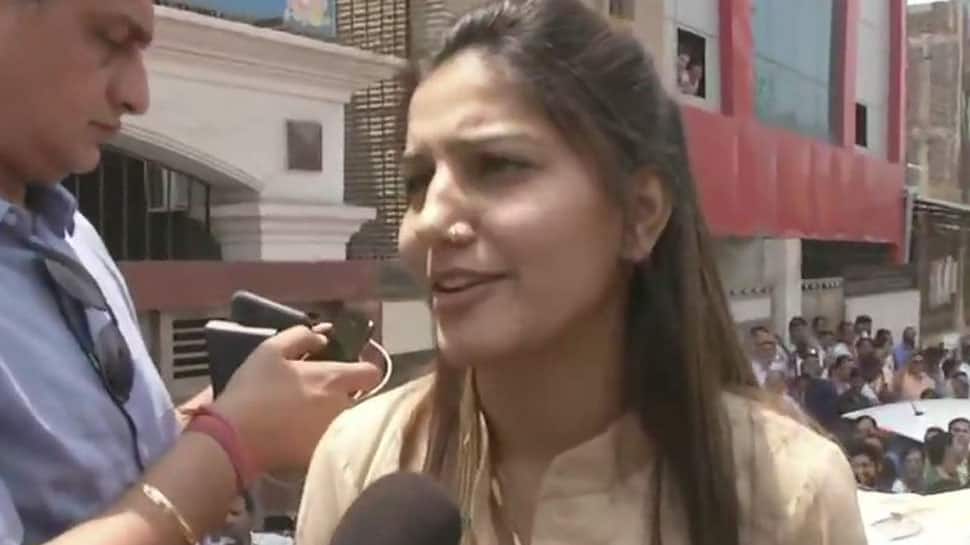 New Delhi: Sapna Choudhary on Monday clarified that she is not joining Bharatiya Janata Party (BJP) amid rumours that the actor-dancer might be the ruling party's candidate for the Lok Sabha election 2019.

On Monday, she was spotted campaigning for BJP candidate Manoj Tiwari, during which, she said, "I have not joined BJP, I'm here because Manoj Tiwari ji is a good friend of mine."

Actor-dancer Sapna Choudhary during election campaigning for Manoj Tiwari: I have not joined the party (BJP), I'm here because Manoj Tiwari ji is a good friend of mine. pic.twitter.com/V2si0m1Xpb

Last month, speculations were rife that Sapna, an alumnus of reality show 'Bigg Boss', will foray into politics. First, it was said that she will join Congress, after pictures of her signing some papers surfaced on the Internet. However, she refuted the reports and said she will not join any party.

Soon after that, Sapna met Tiwari, who said that he will be happy if she campaigns for the BJP in future.

"We want to make Narendra Modi ji Prime Minister again. I will be happy if Sapna Choudhary campaigns for the BJP in future," Tiwari, BJP candidate from North East Delhi.

No dual citizenship: Rahul Gandhi gets green signal to contest from Amethi